On Thursday, in a speech titled “The struggle against Islamist terror: How global Britain is helping to win,” Johnson was at pains to point out that countries which have no history of foreign intervention have also been victim of terrorist attacks.

“British foreign policy is not the problem; it is part of the solution,” he said, insisting that unrest in Syria and the Middle East “have been exacerbated not so much by Western meddling as by our aloofness.”

But the UK has over the last 100 years faced accusations of facilitating famine, conducting indiscriminate bombing, and undertaking unjust wars.

Britain essentially created Iraq, and in 1920, installed a regime that was so unpopular it united even Shia and Sunni tribes. Thousands of Iraqis died in fighting overseen by Winston Churchill, then the Secretary of State for War and Air. In 1924, well before Dresden and Heilbronn, Arthur ‘Bomber’ Harris, then working in the newly formed Royal Air Force, was quoted saying he had taught Iraqis “that within 45 minutes a full-sized village can be practically wiped out and a third of its inhabitants killed or wounded.” 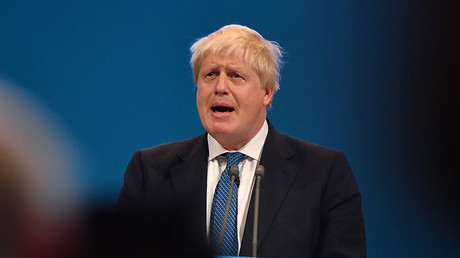 Iraq formally obtained its independence in 1932. In 1979, Iraqi dictator Saddam Hussein took power, and the rest is history.

Not even mentioning Gulf War 1 and the patrolling of a no-fly zone for over a decade, in 2003, the British were back in force. Then-Prime Minister Tony Blair, on the coattails of the US, led the UK into the Second Iraq War to find Saddam’s weapons of mass destruction that never actually existed.

It has been estimated that over one million people died in the war and violence that followed.

In the middle of the twentieth century, Britain turned its attention to Iran. Together with the US secret services, British agents orchestrated the overthrow of the democratically elected Prime Minister Mohammad Mosaddegh in a 1953 Iranian coup d’état.

The crisis began when Mosaddegh had sought to audit the Anglo-Iranian Oil Company (AIOC), in an attempt to limit the company’s control over Iran’s petroleum reserves. The AIOC refused, instigating the nationalisation of Iran oils and the expelling of foreign corporate representatives from the country.

In response Britain organised an international boycott of Iranian oil, while seeking militarily to seize the British-built Abadan oil refinery. MI6 and the CIA then used agents and bribery of officials and military officers to undermine then eventually overthrow the government. Mohammad Reza Pahlavi, the last Shah of Iran, was restored to the throne until the British backed monarch was toppled in the 1979 revolution.

In 1947, fading colonial master Britain divided India into three: Pakistan, India, and what is now Bangladesh. Partition and its effects would lead to one million dead, 13 million displaced, and ethnic and religious tensions that exist to this day.

Before the disastrous partition of India, which saw 14.5 million people displaced and sparked numerous wars between India and Pakistan, came the Bengal famine. In 1943, at least two million Bengalis starved to death, in part due to then-Prime Minister Winston Churchill’s decision to divert food from the area to British soldiers fighting in Greece. 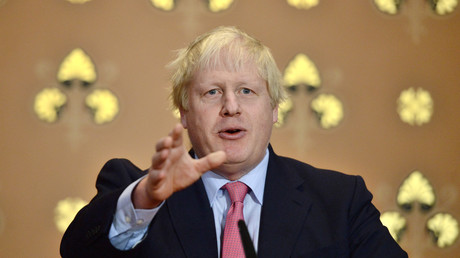 Renowned Indian author Dr. Shashi Tharoor condemned Churchill, stating “This is the man who the British insist on hailing as some apostle of freedom and democracy,” adding that “he is really one of the more evil rulers of the 20th century only fit to stand in company of the likes of Hitler, Mao and Stalin.”

As well as Iraq, Britain attained Mandatory Palestine in 1922, another spoil from the defeat of the Ottoman Empire. Arab Palestinians revolted three times against British rule, the last being in 1936. The increasingly infamous ‘Bomber’ Harris was tasked with thwarting the uprising, during which the RAF commander endorsed the bombing of civilians, stating: “one 250lb. or 500lb. bomb in each village that speaks out of turn” would satisfactorily conclude the rebellion. 5,000 Arabs were killed in the three year revolt.

In 1922, Britain was handed control of Palestine, and that only ended in 1948 with the creation of Israel. Needless to say, the consequences are still being felt strongly today.

What is Boris Johnson going on about? More interventionist foreign policy? With what troops and what money? All Afghanistan achieved was a rusting turbine near the Kajaki dam and lost lives.

An under-reported Pentagon study released in 2004 concluded that “American direct intervention in the Muslim World has paradoxically elevated the stature and support for radical Islamists.” Johnson takes a different view. Ignoring the lessons from history, he wants to get involved again.