The UK government is throwing its arms open to Crown Prince of Saudi Arabia Mohammed bin Salman, ignoring calls from activists to arrest the royal on entry over his alleged involvement in the human rights atrocities in Yemen.

Boris Johnson is among those keen to praise bin Salman ahead of his visit to the UK. In a piece for the Times, the foreign secretary hailed the royal for “reforms” in his kingdom.

“The worst response would be for Britain to criticise from the sidelines or shun the kingdom altogether; instead our role must be to encourage [the crown prince] along this path,” Johnson wrote in the Times. “Be in no doubt: the future of Saudi Arabia – and indeed the region and the wider Muslim world – depends on his success.

“Hence the importance of the crown prince’s visit to London. This will be a chance to strengthen our relationship with Saudi Arabia… I will not minimise Britain’s differences with the kingdom. I want Saudi Arabia to do more to protect human rights. But we cannot deliver these messages or resolve our disagreements unless we meet the kingdom’s leaders.

“You might reply that far more needs to be done to reach a peaceful settlement in Yemen and ensure that aid gets through to everyone in need. I agree. That is exactly why we need to discuss these vital matters with the crown prince during his visit to the UK.”

Britain’s top diplomat highlighted recent reforms in the Saudi kingdom in the last eight months since Mohammed bin Salman became crown prince. “The ban on women driving has been overturned,” he said. “Gender segregation has been relaxed. The kingdom has adopted an official target for women to account for 30% of the workforce: in February women were allowed to register their own businesses. Women now attend sporting events and from next month cinemas will open their doors to everyone.” 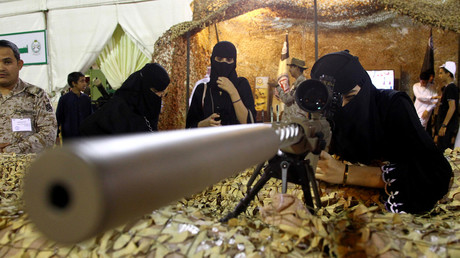 Despite being hailed by Johnson for domestic reforms, bin Salman has faced censure from a variety of human rights groups over the Saudis’ bombing of Yemen, among other issues. Activists are planning a demonstration upon the crown prince’s arrival.

Downing Street has officially confirmed that bin Salman will visit the UK from March 7 to 10, ignoring calls from a coalition of activism groups demanding that Prime Minister Theresa May denounce the Saudi prince. Yemeni activists in Britain have filed applications to UK Attorney General Jeremy Wright to prosecute the prince and the Saudi-led coalition for its alleged war crimes.

Director of Human Rights for Yemen Kim Sharif said that Saudi forces are committing war crimes and violating the Geneva Conventions and their protocols with impunity. “There is jurisdiction in the UK to try war criminals and there is no immunity for such crimes, irrespective of where they have been committed. Salman is ultimately responsible for these crimes and he must be arrested for war crimes during his anticipated visit to the UK soon,” Sharif said.

More than 20 million people have been left aid-dependent due to the conflict, according to UN Refugee Agency (UNHCR) figures. Some 11.3 million people are in “acute need” and urgently require assistance to survive.

The Saudi-led coalition imposed a complete blockade on the port of Hodeidah in November after Houthi rebels, who control areas across northern Yemen, fired ballistic missiles against targets in Saudi Arabia.

The port closure meant that whole communities were at risk of death by starvation, as critical food and medical aid were prevented from entering Yemen. Saudi forces began to ease the port blockades at the end of December, but humanitarian sources report that it is still difficult to get food, medicine, fuel and other critical supplies into Yemen.

The conflict has created the largest food security emergency in the world, and led to a cholera outbreak that has affected nearly 1 million people since April. Other data shows that every day, 130 children die of malnutrition and disease because of the blockade.

The UK government has come under attack for its significant arms deals to the Saudis. Under UK law, weapons should not be exported “if there is a clear risk that the items might be used in the commission of a serious violation of international law.” Government data shows that the UK has licensed £4.6 billion (US$6.3 billion) worth of arms to the Saudis since they began bombing Yemen in March 2015.

“despite concerns over the regime’s human rights record and the war in Yemen” is code for “Don’t want to damage mega-arms deals” https://t.co/BhCM8zFynC

Andrew Smith of Campaign Against Arms Trade (CAAT) said that the crown prince should never have been invited to Downing Street. “He leads a regime with an appalling human rights record and has overseen the destruction of Yemen,” Smith said.

“The UK has armed and supported the terrible war since day one, and there is no doubt that arms sales will be top of the agenda next week. Theresa May is putting the interests of arms dealers above the rights of Yemeni people.”

Speaking ahead of the visit, Prime Minister May ignored the UK-Saudi arms deals and calls to arrest the prince on arrival. She instead hailed the “partnership between the UK and Saudi Arabia” that “helps make both of our countries safer through intelligence-sharing.”

Despite Johnson’s claims, activists have warned against interpreting the recent reforms as signaling an age of new freedoms for the Saudi people. Reprieve, a UK-based rights group that campaigns against the death penalty, said that “torture” and “an unprecedented number of executions” have occurred since bin Salman’s appointment to crown prince. They also said that May’s push for closer ties with the Saudi kingdom has already spelled more trouble for Saudi civilians.

Hey @BorisJohnson what do you think about Saudi Arabia sentencing Issa al-Nukheifi to six years in prison today for tweeting critically about the Saudi government? Tell us again why Mohammad bin Salman deserves our support. https://t.co/VhqDIaWRME

“Since his appointment as crown prince, the final death sentences of protesters, including a number who were children at the time, have been confirmed amid serious allegations of torture and an unprecedented number of executions,” Reprieve said. “The close relationship Theresa May trumpets has led to British police officers training Saudi agents in the kind of cyber-monitoring techniques which have been used to justify death sentences.”

By Thursday, more than 11,300 people had signed an online petition calling on the PM to cancel bin Salman’s UK visit. A coalition of human rights activists, including CAAT and Human Rights for Yemen, will host a protest outside Downing Street at 5pm on March 7.