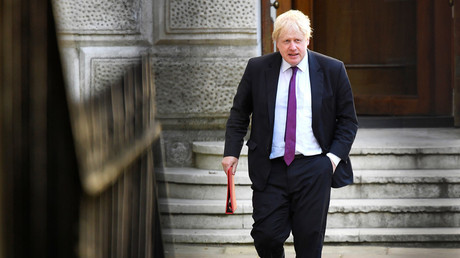 Boris Johnson is facing a probe for a potential breach of the Conservative Party’s code of conduct, after describing women in Islamic dress as “letter boxes” and comparing them to “bank robbers”, the Evening Standard reports.

A formal decision was made to refer the ex-Foreign Secretary to a party investigatory panel, and is expected on Thursday afternoon. The Evening Standard reports that sources close to the proceedings said there was a “considerable volume” of complaints made by the public over Johnson’s use of language.

A well-placed source told the paper: “It is not personal and it has nothing to do with Brexit, it is simply the same rules that apply to everyone in the party.”

The Conservative party code of practice sets out “minimum standards of behaviour.” It says elected Tories must “lead by example to encourage and foster respect and tolerance” and act “in a manner which upholds the reputation and values” of the party.

Metropolitan Police Commissioner, Cressida Dick has today ruled out a criminal investigation in Johnson’s behavior, telling the BBC Asian Network: “I spoke last night to my very experienced officers who deal with hate crime … my preliminary view is that what Mr Johnson said would not reach the bar for a criminal offence.”

The under fire former London Mayor may have escaped a police inquiry, but he could still have to contend with a Whitehall investigation, which may look into claims he broke the ministerial code by announcing he was signing up to be a highly-paid Telegraph columnist before gaining consent.

A formal complaint was made to PM Theresa May this morning by Labour backbencher John Spellar after former attorney general Dominic Grieve said he thought the rules had been broken.

Once Britain’s top diplomat, Johnson made his comments in his latest Telegraph column which focused on Denmark’s recent decision to impose a full-face veil ban for those of the Islamic faith.

Johnson labelled Muslim dress “oppressive,” and claimed of the niqab: “It is absolutely ridiculous that people should choose to go around looking like letter boxes.” On those that wear the burka he appeared to draw comparisons with a female student who turned up to school “looking like a bank robber” – adding they should be asked to remove their face covering.