A federal judge in Arizona has found that the Border Patrol in Arizona violated court orders by not properly preserving video files relating to a lawsuit alleging the agency was detaining illegal immigrants under inhumane conditions.

On Monday, US District Judge David Bury partially granted a motion to hold the Border Patrol’s Tucson Sector in civil contempt over video files the agency was ordered to turn over last August, according to the Associated Press.

Bury found that the video files from the Tucson Sector’s hold rooms were “irreparably” damaged, containing data that either could not be viewed or was missing entirely.

In January, the American Civil Liberties Union (ACLU), along with the the National Immigration Law Center and other rights groups filed a motion, asking the judge to hold the Border Patrol in civil contempt for destroying and failing to preserve the video files, which they called “the most critical evidence” in the case.

The motion claimed that Border Patrol “corrupted their own video data archives, rendering them inaccessible, including video showing their own experts inspecting the facilities in January 2016.”

The plaintiffs claimed that the Tucson Sector violated two court orders, including a sanction over its destruction of video evidence. In 2015, the court sanctioned the agency over their decision to destroy the videos, saying it was “at best, negligent and was certainly willful.”

The court also found that the Border Patrol “acted unilaterally to modify their responsibilities to preserve evidence required by law, rule and direct Order of this Court,” according to the motion.

On Monday, the court found that the Border Patrol’s Tucson Sector knew the files were corrupted as early as June 2016, and neglected to inform the court or the plaintiffs until December 19, 2016.

The judge denied the plaintiff’s request to appoint a third-party vendor to serve as a Data Monitor for the Border Patrol to work on producing the missing video files, but he did order the agency to turn over a list of all the footage that went missing within a week. 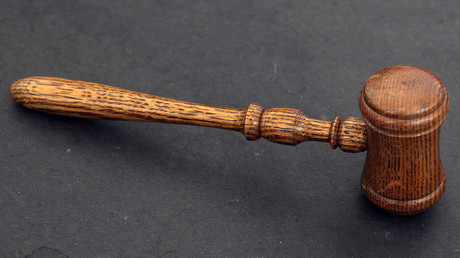 “This is a good result for us,” Nora Preciado, an attorney with the National Immigration Law Center told the Associated Press. “The court recognizes that this is a pervasive problem in the inability to preserve evidence.”

The original class-action lawsuit, filed in 2015 claims that the Border Patrol’s Tucson Sector, which covers most of the State of Arizona, held migrants in inhumane and unconstitutional conditions.

In 2016, the court ordered the release of photos, security footage, and documents that showed migrants being held in cold, overcrowded, and dirty cells for long periods of time without access to bedding, medicine, adequate food, water, and basic sanitation and hygiene items like soap.

The holding cells were only ever meant to serve as short-term holding cells for immigrants who crossed the border illegally, but a 2016 report from the American Immigration Council (AIC) found that over two-thirds of the migrants were held for more than 24 hours.

The report says that immigrants often refer to the holding cells as “las hieleras,” which translates from Spanish as “freezers” or “iceboxes.”