The body of David Kelly, a UK bioweapons expert who died shortly after being grilled in Parliament, has been removed and reportedly cremated over threats of illegal exhumation by people who believe he may have been murdered.

Kelly was one of the scientists who consulted the MI6 on Saddam Hussein’s program of weapons of mass destruction (WMD), due to his experience as a UN inspector in Iraq. He was involved in compiling the Britain’s ‘Iraq dossier’ – a document used to justify the invasion of the country the following year. 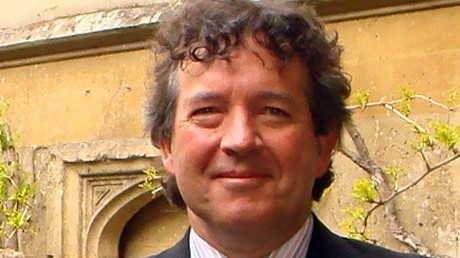 In 2003, he was exposed as a confidential source behind a BBC report saying the claim that Iraq can launch a WMD attack against Europe in just 45 minutes was placed in the dossier to “sex it up.” He was grilled by a Foreign Affairs Select Committee of the Parliament and died two days later. The death was ruled to be suicide, but the circumstances sparked speculation that he may have been killed.

The late expert’s body was removed from its grave on the request of the family, which was concerned that a group called Justice for Kelly, which doubts the official version of his death, may “desecrate” it, the British media reported on Sunday. The body was allegedly cremated.

Earlier, Justice for Kelly placed a placard next to Kelly’s grave at St Mary’s parish church in Longworth, Oxfordshire, calling for a new investigation into his apparent suicide, The Times reported.

“They did the placard, they used to leave notes on the grave and they would have vigils,” a person close to the family was cited by the paper as saying. “Janice [Kelly’s widow] hated it, she felt it was a desecration, and asked the police to get them to stop.”

Gerrard Jonas, a member of the group, told the newspaper that the body was moved in the last week of July.

“They dug it up overnight. It was all done in haste. What looked like pieces of the coffin were left behind,” he said. “We have been at this for 4½ years. We did put placards, one placard, asking for a coroner’s inquest. There has been no desecration.”

Kelly was found dead near Longworth after apparently swallowing 29 painkilling tablets and cutting his wrists. An inquiry by Lord Brian Hutton commissioned by then-Prime Minister Tony Blair’s government concluded in 2004 that there was no foul play involved.