Tony Blair has accused populist parties for giving rise to the very real prospect of a return to the dark years of 1930s fascism, as Labour’s Keir Starmer blames Brexit deadlock for fuelling “public anxiety and alienation”

The former British Labour Prime Minister gave a speech for the Chatham House thinktank in London, where he focused on his deep reservations concerning both left and right populist parties, that have been on the rise in recent years, as advocates of globalisation retreat.

He highlights what he sees as policies promoted by both left and right populists as the drivers behind the rise in 1930s highly divisive politics with it’s anti-immigrant and protectionist themes. 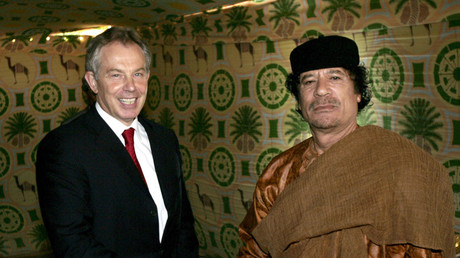 He said: “Globalisation and its advocates are on the back foot. Populism of left and right meet at a certain point in denunciation of free trade arrangements, migration and international alliances. All are portrayed as contrary to putting individual national interest first.

“Once it is clear the populism isn’t working because, ultimately, it offers only expressions of anger and not effective answers, the populists may double down, alleging that failure is the result of half-heartedness and that only more of the same will work.

“Who knows where the dynamic of that scenario takes us. Then the comparisons with the 1930s no longer seem far-fetched,” claimed Blair

The divisive ex-PM also claimed that it was not in Donald Trump’s interest to see a fragmented Europe, appealing to the US President to state how much the US-UK alliance matters to his nation.

“We need to know from the current American administration and its president that our alliance matters, that it is regarded, historically and contemporaneously, as a vital American strategic interest.

“We are losing sight of the values which brought the west together, saw it through the menace of fascism and communism,” he added.

It comes after Shadow Brexit Secretary, Keir Starmer, who has embarked on a two day visit to Brussels warns that the Brexit deadlock being overseen by UK PM Theresa May’s Tory government, is fueling “public anxiety and alienation” that “mirrors the rise of authoritarian parties across the western world.” 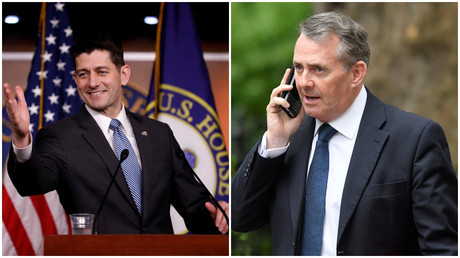 Speaking in Brussels on Tuesday he claimed “There is now a real danger that this continued deadlock will fuel public anxiety and alienation.

“Progressives and socialists across Europe should all be concerned about this. It mirrors the rise of right-wing and authoritarian parties across the western world,” Starmer added.

He criticised May’s Tories for failing to attempt to understand the root causes behind the 2016 UK Referendum vote to leave the EU – a long term strategy replaced by mere survival on a day to day basis.

Starmer complained: “The prime minister is simply trying to survive each week and avoid defeat in parliament. There is no vision for Britain’s future and no plan to tackle the root causes of the referendum result, not least the deep inequalities within our country.”

The upcoming EU summit on Thursday will most probably focus heavily on the issue of immigration that is proving a contentious subject for many of the EU nations, with right wing administrations countries such as Hungary and most recently Italy’s League party pledging to deport hundreds of thousands of migrants and refugees from the country.

The newly elected Spanish Socialist party who have taken office have stepped in to fill the void left by the Italian government, recently rescuing hundreds of North and sub-Saharan Africa migrants and refugees from the mediterranean sea, report the Guardian.

The EU summit starting on Thursday will probably have a heavy focus on immigration with the issue thrust back to the forefront of European politics following the rise of the far-right in several countries.