The United Nations has issued a damning statement on the “disproportionate” amount of black and ethnic minority deaths in police custody as it claimed they are proof of “structural racism” at the roots of British society.

The UN’s rebuke follows the release of data by the Metropolitan Police revealing officers used force against 12,605 people between April and July last year. One in three were black, despite them accounting for just 13 percent of London’s population.

“The deaths reinforce the experiences of structural racism, over-policing and criminalization of people of African descent and other minorities in the UK,” a panel of human rights experts said.

“Failure to properly investigate and prosecute such deaths results in a lack of accountability for those individuals and state agencies responsible, as well as in the denial of adequate remedies and reparation for the families of the victims.”

Black Lives Matter activist Gary McFarlane hit out at the amount of force being used by officers against black, Asian, and minority ethnic (BAME) individuals, telling RT: “The police is a bit like James Bond, they have a license to kill with impunity because there never seems to be any justice. 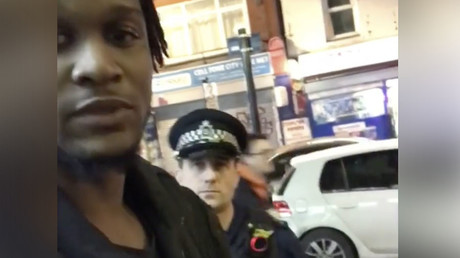 Mirroring McFarlane’s claim that police fall short of properly investigating suspects, rights lawyer Sophie Khan told to RT: “At the end, the evidence just does not go that far as beyond reasonable doubt.”

No officer has been taken to task over the deaths of BAME individuals in custody. Khan said it is precisely because of the nature of policing that officers are the least likely to be prosecuted.

“I think it’s one of the most impossible things to do, to prosecute and officer. The only reason is the officers are there to protect us.”

It would be quite “unnatural” to see a uniformed police officer standing in a dock, she added.

“It goes against everything we believe a police officer should be doing.”