A mother in Tennessee was forced to pull out the big guns Monday morning after a home intruder forced his way into her house as four more suspects waited outside.

Elsie Lee, who lives alone with her son, told WJJB TV that she awoke to the sounds of someone inside her house.

“We were asleep, and I thought I had heard something but I wasn’t for sure,” Lee recalled. “I thought I was just dreaming something, and then I heard a big bang again.”

“I got up and came running through the hallway,” she continued. “The guy was standing in the kitchen. He had just busted my door open.”

Lee then reached for her .45-caliber handgun and her shotgun and forced the intruder out of her home.

“I put the gun in his face and asked him if there was something I could do for him, and he was gone just that quick,” Lee told WJJB TV. “I chased him out the back door.”

Lee told WJJB TV that the only thought running through her mind that morning was “protect my son.” 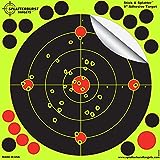 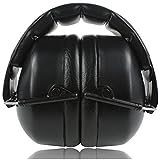