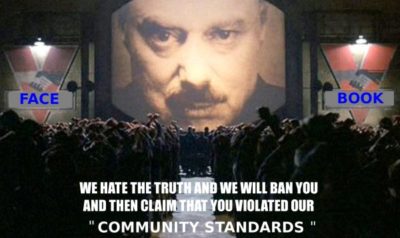 When my partner, Barbara, first opened an account on Facebook, she used it in a way that most people in Yankeedom use it. Her network was an eclectic assortment of family, current and former workmates, new and old friends, neighbors and relatives living in other parts of the country. Most of what was posted on this account were pictures of kids, dogs and kitty cats, vacations, dinner outings, jokes – nothing too controversial. Like most members of Yankeedom, religion and politics were off limits. However, there was a kind of politically unconscious assumption operating that liberal values prevailed and that somehow the Democratic Party embodied those values. I nicknamed her Facebook account the “Suzy Cream Cheese” account after the Mothers of Invention’s album because it only dealt with surface preoccupations.

As the most recent US presidential primaries heated up and people took sides about Hillary, Bernie and Jill Stein, the Suzy Cream Cheese page started to be “not nice”. The political unconscious became conscious. The assumption was that all women – in the name of feminism – should vote for Hillary. My partner thought this was a very shallow understanding of feminism and posted an article she wrote that was published in a number of online radical newsletters titled, “Feminism is Bigger Than Gender: Why I’ll Be Happy in Hell Without Hillary.” Oh dear. After she posted that article on Facebook, she got the cold…