The House of Commons budget is set to skyrocket this year, as MPs drain the coffers to pay for enhanced security measures and to fix crumbling buildings. Spending will jump 50 percent.

Speaker of the House John Bercow signed off on the increase, which will cost the UK government a whopping £600 million.

Spending on infrastructure will nearly double, jumping from £154 million to £304 million in the 2018-19 financial year. The day to day running of the estate will shoot up a staggering 466 percent, from £56 million to £317 million.

The spending increase will break the bank at a massive £800 million, as the House of Lords’ budget is expected to rise by 10 percent.

But who or what is the main culprit for the spend spike? Well, it’s none other than scaffolding-covered Big Ben and the Elizabeth Tower, after the price of renovations doubled earlier estimates. The cost to renovate the iconic building is now expected to top £61 million. That’s one expensive clock!

Beefed up security measures also drained the coffers, with a House of Commons spokeswoman confirming that spending had been increased following the Westminster terror attack in March, where terrorist Khalid Masood mowed down pedestrians on Westminster Bridge, before managing to get onto the grounds of Parliament where he fatally stabbed a policeman before being shot dead.

“The increase in the 2018/19 budget compared to 2017/18 is due to additional spending in areas including security and policing (following the March attack) and essential maintenance and refurbishment, the cost of which increases as the condition of the building continues to deteriorate,” the spokeswoman said. 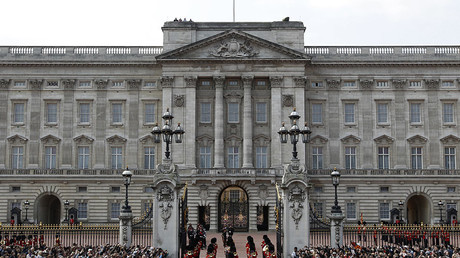 “It is currently estimated to be around 10 percent higher than the £178.6 million total budget (both resource and capital) for 2017/18,” the spokesman said.

“This is largely due to increased security costs and the increasing costs of maintaining the Palace of Westminster and the wider Parliamentary Estate,” the spokesman added.

“The House of Lords administration has worked hard to make savings, with the resource budget in 2018/19 lower in real terms than it was in 2010/11, despite increasing cost pressures in a number of areas.”

“The total budget for 2018/19 will be published before the end of the financial year.”

A Commons debate on a wider restoration program for parliamentary buildings was set to take place on Thursday, but has been postponed to allow more MPs to return from the Christmas holidays.