A BBC spy known only as ‘The Investigator’ broke into Frederick Forsythe’s flat after he decided to cover the Nigerian civil war independently, the thriller author has claimed.

Bestselling writer Forsythe was addressing an audience at the Edinburgh Book Festival when he made the remarks.

He said he had been told by the BBC, for whom he worked at the time, that his reporting of the 1962-1970 struggle by the country’s Biafran minority to secede from Nigeria was biased. 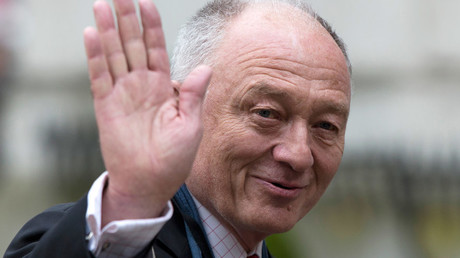 He claimed that because his reports were unacceptable to the British state – which armed the Nigerians during the war – his political leanings came under scrutiny. He then decided to cover the war as an independent journalist.

“I got my own ticket to Portugal and conned an arms dealer into taking me into Biafra and while I was there someone entered my flat,” the Day of the Jackal author said.

“They said to the neighbors that we had concerns for my health … the door was duly beaten in.”

Asked exactly who had kicked his door in, Forsythe said: “It was the BBC. I was told there is a very secretive fellow in the BBC called ‘The Investigator.’”

“They were terrified because the BBC had had a correspondent who had defected and it caused a huge scandal. Very, very embarrassing, so just in case there were any other backsliders they had a man to investigate the politics,” he explained.

Forsythe, who recently admitted that he himself engaged in intelligence work for the British state while a journalist, had withering words about the UK establishment.

He told the audience he preferred “to be an outsider looking in because as far as I can tell most of the establishment are b*stards and I don’t want to join them.”

The BBC had been very much a part of the country’s power structures as an arm of the “establishment … not a news organisation,” he said.