A cross-party group of MPs has slammed the BBC over what they called its “skewed” and “pessimistic” coverage of Brexit following the EU referendum vote in June.

More than 70 MPs have signed a letter to BBC’s Director-General Lord Hall, claiming the corporation has failed to “break-out of pre-referendum pessimism” and acknowledge the upbeat economic news following the vote to leave the EU.

The letter, which criticizes the corporation for representing the UK as a “xenophobic” nation that regrets voting Leave, warned the BBC’s future is “in doubt” if the public can no longer rely on it as an unbiased and trustworthy news outlet.

The letter’s signatories include Tory MPs who voted Remain amid concerns that Brexit would harm the UK’s economy, but who are now “delighted” to learn that gloomy economic forecasts may have been debunked.

“It particularly pains us to see how so much of the economic good news we’ve had since June has been skewed by BBC coverage which seems unable to break out of pre-referendum pessimism and accept new facts,” the letter says.

After slamming the BBC for failing to meet the “high standard” of impartiality enshrined in the Royal Charter, MPs pointed out that the BBC has a real impact on national debate and its reporting plays a key role in molding the international view of the country.

“We fear that, by misrepresenting our country either as xenophobic or regretful of the Leave vote, the BBC will undermine our efforts to carve out a new, global role for this country,” MPs wrote.

Former Environment Secretary Owen Paterson and ex-Work and Pensions Secretary Iain Duncan Smith were among the group of MPs hitting out at the country’s state broadcasting organization over its impartial coverage. 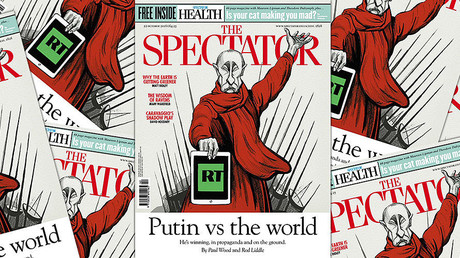 Conservative MP Julian Knight, a former BBC journalist who voted Remain, but then accepted the outcome of the referendum, said he is worried the BBC will “alienate” itself from the majority of people who voted Leave.

“The next two years present the biggest journalistic challenge to the BBC of our lifetimes and it simply has to get this right,” he said, according to the Telegraph.

“I am really worried that if it continues to go down the road it has been it will alienate itself from 52 per cent of the voting public and many of those like me who wanted remain, but accept the decision and just want what is best for our country.”

BBC’s Director-General Lord Hall responded to Knight saying impartiality has always been the “cornerstone” of the BBC and it will “remain so today”.

He also appreciated that we are living in “consequential times” and that it is therefore of paramount importance that the BBC carries on being independent of “political pressure”.

He also said the BBC is “alive to our critics” and acknowledged there will be differing views on its coverage in times of “great national debate”.

Since the outcome of the EU referendum, Tories have increasingly criticized the BBC for its coverage. In October last year, Foreign Secretary Boris Johnson blasted the corporation’s “infuriating” and “shamelessly anti-Brexit” coverage.

However, the BBC also came under fire during the election campaign back in 2015, when Tories said they were “furious at the BBC coverage,” while accusing it of “unforgivably” siding with the Labour Party.

A spokesman for the BBC defended the corporation by saying it is its duty to “scrutinize” and “hold to account” all politicians, and that that is precisely why it carries on winning public trust.

“While we are always live to our critics and understand that passions are running high on all sides of the debate, it is the job of the BBC to scrutinize and analyze the issues on behalf of the public and to hold politicians to account across the political spectrum,” a BBC spokesman said via the broadcaster.