Cuts to the state-funded BBC’s monitoring service, which provides important open source intelligence to the UK military and security services as part of its role, could pose a risk to national security, according to Parliament’s Defence Select Committee.

In a report released Monday, committee chair Julian Lewis said that plans to cut a third of staff and begin to sell off the Reading-based monitoring service, which provides open source intelligence to the security state, were the “height of folly.”

The BBC plans to cut 100 of the 320 jobs and relocate the rest to the capital. 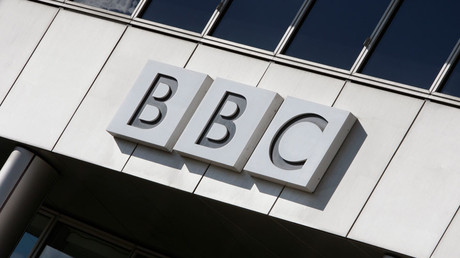 Lewis compared the facility at Caterham Park to the World War Two codebreaking hub at Bletchley Park, and said it was one of the “few tools still left in the government’s arsenal which can provide almost real-time information and analysis on global developments.”

Part of the service’s work is to translate foreign news bulletins into open source intelligence which is then mined by the military, UK spy agencies and other private customers.

The committee also raised concerns about breaking up the close relationship of the service to its US equivalent, the Open Source Enterprise (OSE), which is based at the same premises.

A spokesman for the service told the Times: “The media landscape has changed vastly since the creation of BBC Monitoring in the 1930s, and we believe our planned restructure is vital to equip us for a world in which digital skills are far more important than physical location.”

In November the BBC was forced to dismiss claims that a £289 million ($361 million) expansion of the broadcaster’s World Service into 11 new languages, including content intended for North Korea, is propaganda.

Fran Unsworth, BBC World Service director, admitted that the expansion – the biggest since the 1940s – is an expression of British soft power, while emphasizing the broadcaster’s independence.

“If soft power is about how you express Western values, fairness, rule of law, then the World Service is an expression of those values,” Unsworth was cited as saying by the Financial Times.