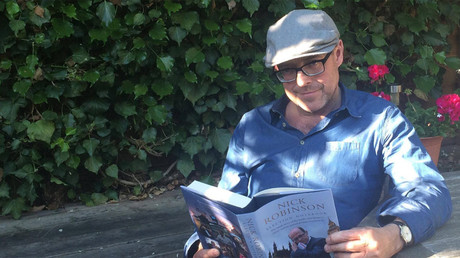 Cancer patients can “get treatment and carry on working,” according to the BBC’s former political editor Nick Robinson. He was tweeting in support of civil-service chief Sir Jeremy Heywood, who was diagnosed with cancer in June. However, the Tweet has backfired spectacularly.

Robinson, who himself had a tumor removed from his lung in 2015, heaped praise on 55-year-old Heywood for continuing to work while receiving treatment. The details of his cancer have not been divulged, although a statement said that he would be continuing “normal duties.”

Taking to Twitter to praise Heywood, Robinson said his decision to carrying on working was showing the nation how it “can be done.”

“Got cancer? Get treatment & keep working. Not possible for many but Britain’s top civil servant @HeadUKCivServ has shown how it can be done,” he tweeted.

But the BBC Today presenter’s Tweet did not go down well. White-collar workers said Robinson was insulting people who make a living in manual jobs, who could not continue because of the disease.

“It absolutely depends on how you react to treatment & how much support you get from employer,” woman tweeted.

Make that “vast majority”. Therefore what’s his point? Other than reinforcing a class superiority stereotype? Try reading between the lines.

“That’s because he is in full control of his time, schedule & workload & has a non-physical job. How many cleaners or lorry drivers could?” another wrote.

“Therefore what’s his point? Other than reinforcing a class superiority stereotype? Try reading between the lines.”

Robinson defended the Tweet, insisting he was only suggesting that some people can continue working following a cancer diagnosis.

Readmore: BBC’s Nick Robinson accused of bias against Labour’s Corbyn & in favor of PM May

Robinson was treated privately for his illness, which almost cost him his voice. He enlisted the help of language therapist Julia Selby after his vocal cords were damaged during surgery.

Heywood became cabinet secretary in 2012 and has worked at Whitehall for 25 years. The Cabinet Office said it would be making no further comment on “this private matter.”