Politicians must do more to defend journalists who are abused “on almost a daily basis,” BBC Chairman Sir David Clementi has said, after political editor Laura Kuenssberg was booed and criticised online by Corbyn supporters accusing her of bias. 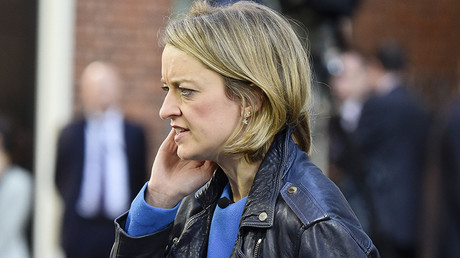 Clementi says female journalists suffer “increasingly explicit and aggressive” abuse on Twitter and Facebook amid an “assault” on truth and accuracy from news outlets, according to the Telegraph.

Speaking at the Royal Television Society convention in Cambridge, he said: “I have become increasingly aware of the abuse that some of them – particularly female journalists – are subject to, on an almost daily basis.

“We must support our journalists and call out the abuse they are receiving. These days, there is much more abuse.”

Clementi says the trend is partly a result of some people living in online “echo chambers” where they rarely hear opposing views.
He also highlighted booing and heckling at real-world political events and press conferences.

“It occurs in plain sight, at press conferences and political gatherings on all sides. Politicians cannot stand by and watch – they must confront any abuse, and make it clear that it is intolerable.”

The BBC’s Kuenssberg was heckled at events during the general election over claims she is biased against the Labour left. She also faced an online petition calling for her dismissal, which was taken down after a string of abusive comments. 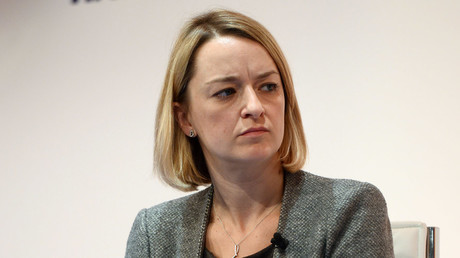 During the election campaign, the BBC expressed fears for her safety and she was assigned protection staff.

Kuenssberg has been regularly accused of bias. Earlier this year, she was found guilty of misreporting stories about Corbyn, but no proof of deliberate bias was found.

An internal investigation by the BBC Trust, however, found that Kuenssberg had breached the BBC’s impartiality and accuracy guidelines in her report on Corbyn’s views on shoot-to-kill policies in the aftermath of the Paris attacks.

Her colleague Nick Robinson has also had to fend off accusations of pro-Tory bias and anti-Corbyn reporting.

Although Clementi did not refer to any particular journalists by name, Clementi said: “Questions about government policies, which seem to some parts of our audience natural questions to ask, are regarded by others as impertinent and disrespectful.

“But holding those in power – or seeking power – to account, asking them what soundbites actually mean, is a key part of our job.

“It is the responsibility of our journalists to ask the question – even if it is direct, awkward or unwelcome. I have enormous respect for all journalists, not just BBC journalists, who do this day in, day out.”

Clementi said he was “following closely” the efforts of Twitter and Facebook to clamp down on online abuse.

“I hope the social media platforms do even more,” he said.