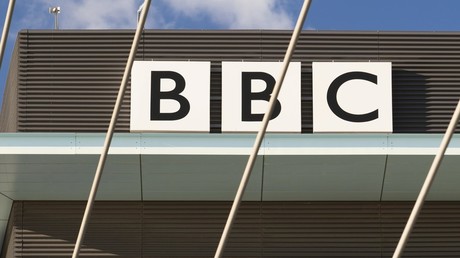 The BBC is facing accusations of covering up Britain’s involvement in torture, after a reporter’s feed cut out as he was detailing accusations that MI6 worked with Libyan forces against anti-Muammar Gaddafi dissidents.

Belhaj, following a long court case, was granted an apology from the UK government for its role in his abduction by Libyan forces, and the offer of £500,000 in compensation. Belhaj, a founder of the anti-Gaddafi Islamist al-Watan Party, was abducted in Thailand with his wife in 2004 and brought to Libya, where he was tortured by Gaddafi’s forces during six years of detention.

Casciani noted that rather than wanting “to walk away with millions of pounds in compensation, what they [Belhaj family] wanted from British ministers was an absolute cast-iron, black and white admission that MI6 and potentially others as well were mixed up in a situation that led to their rendition and torture.”

He went on to say how documents found in the aftermath of Colonel Gaddafi’s downfall in 2011 “very clearly pointed a finger at MI6 at having provided intelligence, this tip off which led to Belhaj and his wife being taken to Libya.”

As Casciani speaks the feed begins to falter.

Cutting back to an-opened mouth Coburn in the studio, the presenter interrupts Casciani as she says the report would have to end there because of signal failure.

The clip was picked up by British former ambassador Craig Murray, who suggested Coburn was using non-verbal communication to interrupt the controversial reports.

Casciani, however, hit back at claims the BBC had purposely cut him off, saying:

The only thing Jo is communicating is “Argh! The line has broken up – quick – what do we do?” As I’ve said before, live broadcast lines that rely on mobile cells break up all the time when overloaded. That’s the imperfect world of broadcasting. https://t.co/7VpRrWwMjg

His denial however didn’t stop social media users from speculating about the BBC’s relationship to the British security services.

She is communicating fear. As Jo points out “We can hear you” meaning “stop talking you’re still on air and saying bad things about our glorious British regime.” “We are the BBC stop behaving like a journalist.”
Has @nickeardleybbc commented yet?

BBC Censorship live on TV.
BBC immediately cuts Dominic Casciani @BBCDomC when he reports MI6 were involved in rendition for torture of Belhaj to Libya in 2004.

The @BBC are War Criminals who cover up the War Crimes of the UK govhttps://t.co/B2pKfWcEe1

Makes me wonder if intelligence service officers are embedded at the BBC like the CIA in CNN for example.