The Deputy Leader of the Labour Party has hit out at allegations made by “Tory-supporting publications” alleging Jeremy Corbyn is a communist spy. Tom Watson MP labelled the articles “nothing but baseless right-wing propaganda.”

In a column for the Independent, Watson lashed out at the publications that have attacked the Labour leader, following allegations made by former Czechoslovakian spy Jan Sarkocy.

“Let’s call these stories out for what they are — propaganda, not journalism. They are not worth the paper they are written on,” Watson wrote.

“The Sun, which was one of the main proponents of this week’s ridiculous story, was rated least trustworthy of all major news sources in a survey carried out by Ipsos Mori at the end of last year,” Watson pointed out.

“Newspaper proprietors in this country abuse their power. It’s a unique kind of self-harm for a newspaper to print a story they know is poorly sourced, decide to run it regardless because it suits their political agenda, and pass it off as news. 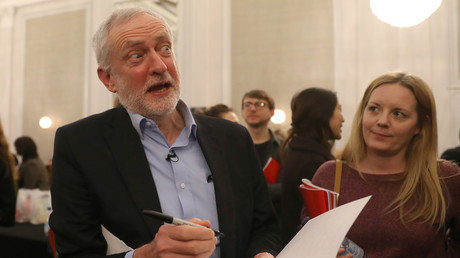 “There are many reasons for declining newspaper circulation but there can be no doubt the public is beginning to tire of the fact that too many papers routinely present smears, lies and innuendo as facts.”

The fallout from the allegations continue, as lawyers acting on the behalf of Corbyn have managed to persuade Conservative MP Ben Bradley to delete a social media post. In a tweet, Bradley — who recently found himself in hot water for suggesting poor people ought to be sterilized —claimed that “Corbyn sold British secrets to communist spies.”

The Tory MP for Mansfield’s nearly-4,500 followers saw the allegation that “Corbyn sold British secrets to communist spies… get some perspective mate!! Your priorities are a bit awry! #AreYouSerious”.

The post has since been deleted, with a spokesperson for Corbyn confirming to the Guardian that the Labour leader had instructed his lawyers to commence legal action against the Tory politician.

Regarding the allegations themselves, Corbyn’s office stated that “[Corbyn] neither has nor offered any privileged information to this or any other diplomat.

“The former Czechoslovak agent Jan Sarkocy’s account of his meeting with Jeremy was false 30 years ago, is false now and has no credibility whatsoever.” 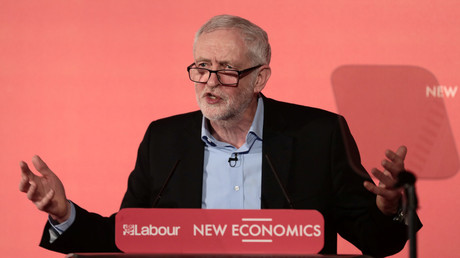 The spy’s allegations came under increased scrutiny after he alleged Corbyn would keep them posted on Margaret Thatcher while he was a backbencher the 80s.

When asked about their meetings over the weekend by Slovakian newspaper Novy Cas, Sarkocy replied: “I’ll tell you this: I knew what Thatcher would have for breakfast, lunch and dinner, and what she would wear for the next day.”

“Mr Corbyn was not a secret collaborator working for the Czechoslovak intelligence service,” she said.

Theresa May has also addressed the allegations against Corbyn concerning Czech intelligence, after a fashion. “It’s for individual members of parliament to be accountable for their actions in the past,” she said.

“Where there are allegations of this sort, members of parliament should be prepared to be open and transparent.”