UKIP leadership candidate Lisa Duffy is calling for Muslim veils to be banned in public places, in a bid to make women who wear them feel more “British.”

During a speech in London, Duffy is expected to state that her proposal is aimed at pushing for increased integration, arguing that “Muslims who were simply born in this country…are as British as I am and I simply want them to feel as British as I do,” PA reports.

While stopping short on a complete ban of the veil, Duffy will say: “On our public transport networks, in public buildings, banks, stores and shopping precincts – all those places where teenagers are told to take their hoodies down and where motorcyclists are expected to remove their helmets – it is only reasonable to expect everyone to show their faces.”

“Again, it is about making sure there is one law for all, rather than making an exception for a community because we are frightened of causing offence. There is no offence to be taken if all are treated equally.”

The rule should apply “just as much to the retinues accompanying Middle Eastern princes to London as it will to Muslim women living in Britain,” Duffy is expected to say.

She will say it should not be regarded as Islamophobic for someone to politely request that a woman remove her veil in public.

“I have a positive vision for British Islam where girls can grow up with equal rights to men and be given the rights of self-determination the rest of us take for granted.”

She will add: “Why should I, as a white, Christian woman, effectively enjoy greater civil and human rights and freedoms than others?” 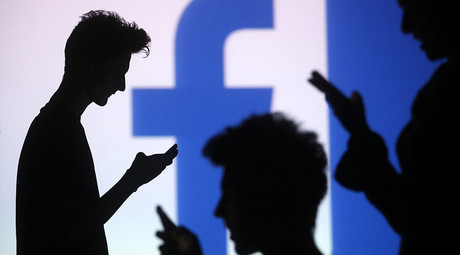 “My ambition is that everyone, from every community, should be able to enjoy the same rights and have the same independent control over their lives and their bodies as I do.”

Duffy is also expected to demand the closure of Islamic faith schools until the issue of Islamic terrorism is addressed, as well as a “complete and comprehensive ban” on Sharia courts in Britain.

Launching his own leadership campaign in Manchester, UKIP MEP Bill Etheridge will position himself as the “unity candidate,” and will warn the party against focusing its efforts on issues such as Islam, stating that UKIP risks being seen as “small-minded.”

The Dudley borough councillor is expected to say:“I am proposing that as a party we focus on our policies, cementing libertarianism into our DNA.”

“That means not focusing on small issues like Islam which make us look small-minded – I’m not chasing the bigot vote.”

He will add: “I do not want the party to scurry to the centre and abandon the values we as a party are supposed to promote, like a small state, low taxes and individual liberties. It is our difference which is our strength.”

However, in a recent manifesto pledge, Etheridge called for a ban on women wearing the burqa, describing them as a “security risk.”

Etheridge has been caught on film suggesting that young activists copy Hitler’s “magnetic and forceful manner” on public speaking.

He also wrote a book celebrating ‘golliwogs’ after he was suspended by the Conservatives in 2011 over a Facebook picture holding one of the toys, which are frequently associated with racism.

Duffy and Etheridge are among six candidates vying for UKIP leadership.

Others on the final ballot are MEPs Jonathan Arnott and Diane James, and activists Phillip Broughton and Elizabeth Jones.