As May gives way to June, the last college grad ceremonies are wrapping up and the last parties are coming to a close. Now the job hunt for recent grads begins in earnest — with the looming specter of student loan payments drawing ever closer.

Today’s average student debt is around $37,000. But in America’s largest state, it wasn’t that long ago that any student could get a world-class, debt-free education — regardless of their economic background.

That state was California, and Gail Leondar-Wright was one of those students.

Gail came from a middle-class family — her dad was an engineer and her mom a stay-at-home parent. She attended UC Berkeley from 1976 to 1980, graduating with a bachelor’s degree in theater. At the time, the elite public school was tuition-free and required a mere $600 per year in fees, or just under $1,400 in today’s dollars.

After graduating, she got her master’s, spent 10 years working in theater, and then launched a successful public relations firm still in operation today.

“I had one job — just go to school and get good grades,” she recalls. “If I’d had to work throughout school or graduated with a ton of debt, I’d never have been able to start a business or take a risk working in a low-wage field like theater.” 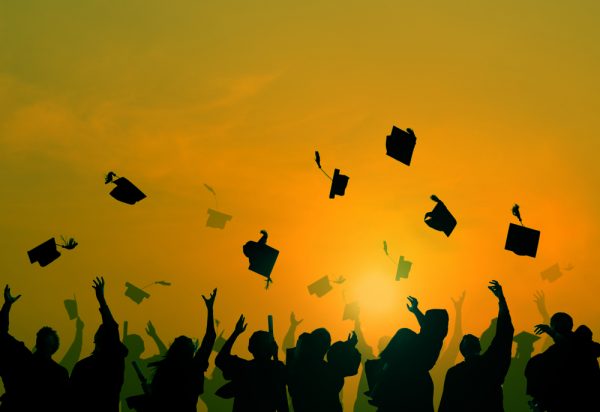 “There’s no reason today’s generation shouldn’t have the same opportunities my generation had, Gail says.” But they don’t.

Just ask Erika Jimenez. She studied political science at California State University, East Bay and graduated last year. Tuition and fees were $6,840 per year by the time she graduated — not including room, board, books, and many incidentals.

Unlike Gail, Erika worked through school, first in retail and then for the school’s teachers’ union. Still, Erika graduated with $27,000 in student debt. A bill now shows up every month in her inbox for $283.95.

She moved back in with her folks after graduating and picked up a job as a mini bar attendant at a local hotel — a far cry from her dream of working for a nonprofit.

“I watched students struggle with financial aid the whole time I was in school and after,” Erika said. “Students are thinking about food, rent, books, and tuition while they should be thinking about class and homework and education.”

Erika and Gail’s stories are two striking examples of the disparity between baby boomers and today’s generation. A new report I co-authored for the Institute for Policy Studies, called Restoring Opportunity: Taxing Wealth to Fund Higher Education in California, highlights these stories.

The report points out that the skyrocketing cost of attending public colleges in California, up 70 percent after inflation from 2003 to 2016, tracks neatly with the elimination of the state estate tax in California, which resulted in $18 billion in lost revenue. The result has been a big increase in the burden faced by California families.

Inspired by Bernie Sanders, the California College for All Coalition proposes restoring debt-free higher education in California by restoring the state estate tax. By taxing the estates of the few thousand multi-millionaires and billionaires in California, they estimate they could raise $4 billion a year to expand college access.

Their plan could pass through the state legislature or on the 2020 ballot, they hope.

College for All would recycle opportunity for the rising generation by asking the heirs of massive fortunes to chip in. It’s a model that could also help millions of students in other states like Michigan, Ohio, and Florida.

The post Back When College Was Debt-Free appeared first on OtherWords.