Discussing vaccines and autism isn’t an explosive topic, it’s thermonuclear. Both sides of the argument feel, with great passion, that the health and welfare of children is at stake. Much of that passion is the product of several lies told repeatedly. These lies form a foundation for self-interested parties to deny, obscure, and misdirect the truth about what’s happening to millions of children. They pit well-meaning parents against well-meaning parents. Remove the lies and you’re left with a deeply disturbing explanation for why so many children seemingly have autism out of the blue.  JB Handley – Author of How To End The Autism Epidemic

How To End the Autism Epidemic – with many people saying is the best book on the link between vaccines and autism – is already an Amazon best seller (it hit the list even before it was released) and has recently been sent to all of the senators in Washington.

Author, JB Handley, whose own son Jamieson, showed warning signs that very night after receiving his 6 vaccines given at his ‘well baby’ appointment at two months of age.  Handley shares that something was clearly very wrong after that visit to the trusted family paediatrician, and his once perfectly healthy baby quickly morphed into a very sickly child. 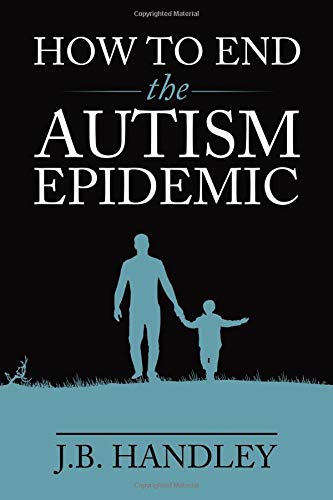 Jamieson quickly regressed into autism and was often in constant pain with severe gut issues, his future now ruined.  This tragedy, that has also become millions of other parent’s far too eerily similar nightmare, propelled Handley on a journey that has become his life’s mission and purpose. Nothing fuels a parents fire to do something, more than that of…