An Atlanta charter school will no longer recite the pledge of allegiance before class in the morning, as staff feel it does not contribute to “a fully inclusive and connected community.”

“Over the past couple of years it has become increasingly obvious that more and more of our community were choosing to not stand and/or recite the pledge,” Atlanta Neighborhood Charter School president Lara Zelski said on Tuesday. 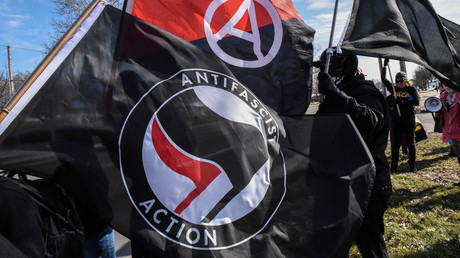 Now, students who choose to do so will be allowed to recite the pledge at a point later in the day, while the staff and students work together to create a new school pledge that “will focus on students’ civic responsibility to their school family, community, country and our global society.”

The mantra “I pledge allegiance to the Flag of the United States of America, and to the Republic for which it stands, one Nation under God, indivisible, with liberty and justice for all” was written in 1892, and adopted by Congress as its pledge in 1942. The words “under God” were added to the pledge in 1954, as the US stood in opposition to the ‘Godless’ communism of the Soviet Union.

The pledge has been recited before government meetings and at the beginning of the school day since. Its recital in schools was intended to bring together children of various immigrant backgrounds in loyalty to the United States.

In 2017, a high school in Houston, Texas, expelled a 17-year-old student after she refused to stand for the pledge, in protest at police brutality, and “Donald Trump being president.” The student sued the school for violating her First Amendment rights.