An Atlanta mother deliberately crashed her car with her two young children inside on a busy highway. She was trying to prove that God was real and would save them from harm, the children said.

Bakari Warren, 25,  drove her Ford SUV across a busy Atlanta intersection before hurtling into a utility pole. Warren reportedly ordered her two daughters, aged five and seven, to buckle their seat belts before the crash. 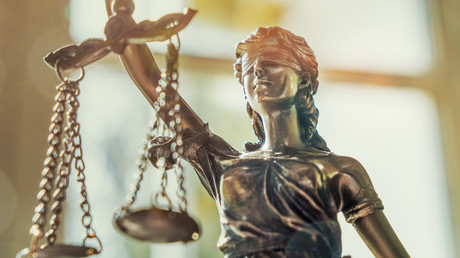 “The children told the officer that their mom wanted to prove to them that God was real and God would protect them,” a Norcross, Georgia police officer told WSB-TV.

“Her eyes [were] closed and she was saying, ‘Blah, blah, blah, I love God’,” one of the children told police. “She didn’t want us to just have a car accident. She wanted us to know that God is real.”

The family were very lucky to escape injuries, according to police. “It could have been a lot worse. It could have been heavier traffic at the time, she could have hit the pole at such an angle that she did more damage to the car,” Norcross police Sergeant Eric Butynski said.

Warren has been placed in jail on a $22,000 bond and is charged with two counts of child cruelty.