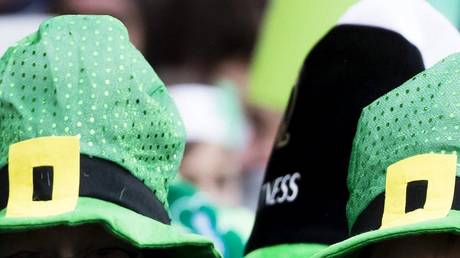 Police have confirmed that at least two people died after a stampede allegedly broke out during St. Patrick’s Day celebrations at a hotel in Cookstown, Northern Ireland. Multiple police cars and ambulances rushed to the scene.

Police have been asking parents to collect children from the scene at the Greenvale Hotel, where several people were killed in a tragic incident that unraveled while St. Patrick’s Day festivities were in full swing on Sunday evening.

A small number of people also suffered injuries as a result of the incident, police said.

Update: We can confirm there are 2 fatalities and 2 people are being treated in hospital – 1 is critical and 1 is in a stable condition. Family members of all 4 people have been informed. Our thoughts are with everyone involved. The police investigation is continuing.

It is unclear what triggered the panic among revelers that reportedly preceded a fatal crush outside the hotel. Police said they “have commenced a full investigation into the circumstances.”

ACC Mark Hamilton continued: “At this stage the cause of the incident is unknown however police have commenced a full investigation into the circumstances.”

ACC Mark Hamilton added: “While the exact cause of the incident is still unknown, there are reports of a crush at the scene.”

A source cited by Belfast Live said that something wrought chaos at the night party that was taking place at a car park just outside the hotel.

“A lot of people had congregated outside the Greenvale and there was a lot of carry on but suddenly all hell broke loose and there was a big panic. People were running all over the place,” the source said.

The outlet reported that some of the people caught in the mayhem, believed to be teenagers and youths, suffered cuts, bruises and crush injuries. They have also been receiving treatment for shock.

A huge police presence as well as five ambulances were noted at the scene, which had been cordoned off. CPR was reportedly performed on some of the victims on the ground near the hotel. A nearby hotel confirmed to the BBC that police had borrowed its defibrillator.

Also on rt.com
St. Patrick’s Day: From Japan to Africa to US and ‘space’, world goes green (PHOTOS, VIDEOS)