The motto “always be prepared” is wise advice, but one man is taking the mantra to the max. He’s got former military bunkers spanning a space that is three-quarters the size of Manhattan, and is selling them to survivalists.

Survivalists and so-called “preppers” are often the brunt of jokes, with insults ranging from “paranoid” to “weird” and everything in between. But Robert Vicino couldn’t disagree more. He runs a company which is currently focused on transforming military bunkers into doomsday shelters.

The shelters are in Middle of Nowhere, USA, otherwise known as Edgemont, South Dakota. It’s barely on the map, but it’s about to host the “largest survival community on the planet.” That’s big news for a town with a population of just 774 people.

Describing the bunker community as “large” is perhaps an understatement. “…This base is 18 square miles (47 square kilometers), about three quarters the size of Manhattan,” Vicino told RT’s Ruptly agency. He says the community has 575 bunkers and will be able to hold between 6,000 and 10,000 residents.

If the idea has you imagining some kind of “tiny home” situation, think again. “This place is huge,” Vicino said while giving Ruptly a tour of a 2,200 square foot bunker. It’s “bigger than most houses in the world.” That’s likely a good thing, if you’re planning on having to spend the rest of your days inside an underground bunker with your crazy Aunt Martha.

Vicino says it would be nuts not to prepare for the worst, as each bunker will cost buyers just $25,000. “To not have this and to have a back-up plan for mankind, to have an insurance policy, is crazy. The cost we are able to do this… it’s nothing. It’s crazy not to, it’s nothing more than life assurance.” 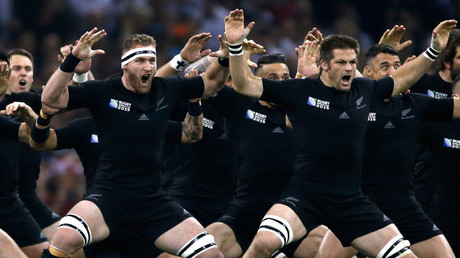 He also had a rebuttal for anyone who thinks those backing the project are crazy. He said those buying such structures “are people that are aware. They are not paranoid, they are highly intelligent, they read a lot.”

When it comes to possible reasons someone might need to flee to their underground bunker, Vicino’s answers ranged from natural disaster to a nuclear attack by Kim Jong-un. Basically, just about anything that could be scary for Earthlings.

But there’s a catch if you decide you want to spend the rest of your days in one of Vicino’s bunkers. The nearest town is 30 minutes away and there’s no mobile connectivity. Of course, if the world is coming to an end, that’s probably the least of anyone’s concerns.

Vicino’s company also offers luxury survivalist dwellings in the German town of Rothenstein. Those bunkers cost more than $25,000, however, as the complex boasts swimming pools, theaters, gyms, restaurants, and a helicopter service.