A federal judge has imposed a permanent injunction on Arizona education officials, barring them from enforcing a 2010 law that banned public schools in Tucson from teaching Mexican-American and other ethnic studies.

Ninth Circuit Judge Wallace Tashima ruled that Arizona violated the First and Fourteenth Amendment when it enacted HB 2281, a bill that prohibited public schools from teaching classes that are “designed primarily for pupils of a particular ethnic group” or “advocate ethnic solidarity instead of the treatment of pupils as individuals.”

Any school found in violation of the law would have had 10 percent of their state funds withheld.

Tashima said the state was banned from enforcing the law, because it was “enacted and enforced, not for a legitimate educational purpose, but for an invidious discriminatory racial purpose and a politically partisan purpose.”

Federal judge permanently forbids Arizona from banning Mexican-American studies classes under the 2010 law passed by the Republican-dominated legislature. He found the law unconstitutional after trial earlier this year. pic.twitter.com/7mFMdB5U3Q

The judge blocked officials from carrying out any part of the law. The state is also banned from conducting inspections or audits of the program, or threatening to withhold any state funds from schools that do not comply. However, the state board can request that the permanent injunction be dissolved after seven years.

The Arizona Attorney General’s Office, which defended state education officials in the case, said it may  appeal the ruling.

“We will consult with the superintendent and see how she would like to proceed,” spokesman Ryan Anderson told the Associated Press. “Additionally, we have an obligation to evaluate the likelihood of success on appeal for the individual findings.”

The Attorney General’s Office has until January 26 to appeal. 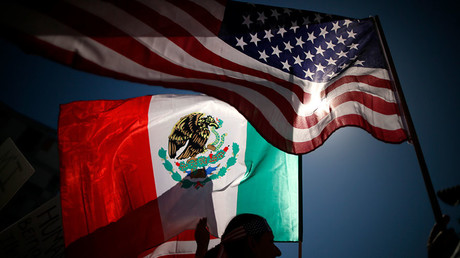 The seven-year court battle over the law began in 2010 when Dolores Huerta, a labor leader and civil rights activist, delivered a speech at the Tucson High School, where she said “Republicans hate Latinos.”

Tom Horne, a former state superintendent of public instruction, called Huerta’s remarks “hate speech,” and arranged for his Latina deputy, Margaret Garcia Dugan, to give a rebuttal speech to the same students. During Dugan’s speech, students turned their backs to her, taped their mouths shut and walked out of the auditorium in protest.

Horne deemed the protest “rude,” and when he later became the state’s attorney general, he launched a campaign to dismantle the program. He later drafted a law to ban ethnic studies in school, which he said were anti-American.

When the bill was passed and the school refused to end the program, opponents stepped up their attacks. John Huppenthal, a former state senator who succeeded Horne as state superintendent, wrote a blog criticizing the program, which he compared to Nazi propaganda.

The Tucson school district eventually ended the program in 2012 in order to avoid losing their funding. A Tucson attorney, Richard Martinez, filed a civil rights lawsuit on behalf the teachers in the school district.

In his August ruling, Tashima cited Huppenthal’s blog posts as evidence that the law was “motivated by racial animus.”

State Rep. Sally Ann Gonzales (D-Tucson), who has introduced legislation every year to repeal the law, said she was “pleased” that she no longer had to reintroduce the bill this year.

“Attacking the Mexican-American studies program sends the wrong message to Arizona’s students and denies the state’s rich and diverse history,” Gonzales said in a statement. “It is important for Arizona to teach the history of minority communities of the past and present day.”

Nolan Cabrera, an associate professor at the University of Arizona’s Center for the Study of Higher Education, led a study in 2012 that showed students who took part in the Mexican-American program were more likely to graduate and outperform their peers on standardized tests.