Racial discrimination was behind an Arizona school district’s decision to ban Mexican-American history studies in Tucson schools, and was unconstitutional. The ban violated the First and Fourteenth Amendment of the Constitution, according to a federal judge.

The state violated students’ constitutional rights “because both enactment and enforcement was motivated by racial animus,” stated Judge Wallace Tashima in US District Court on Tuesday in a preliminary ruling, according to the Houston Chronicle.

In his ruling, Tashima cited as evidence log posts by school superintendent Huppenthal, including posts in which he compared the teachings of the Mexican-American studies programs to Hitler.

“Several of his blog comments convey animus toward Mexican Americans generally,” the judge wrote, according to Arizona Republic.

Judge Tashima said the state had violated plaintiff’s equal protection provisions under the 14th Amendment because the decision discriminated against Latinos, and for political reason under the First Amendment of the Constitution, guaranteeing freedom of speech. 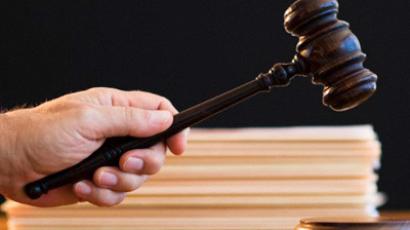 The case stems from a long-ranging battled that started in 2010 when a state Superintendent of Public Instruction, Tom Horne, objected to statement made by a speaker in a Tucson classroom. The speaker said that Latinos disliked Republicans.

Horne arranged for a Latina Republican to address the same students where some students protested and taped their mouths shut in protest. Horne deemed the protest “rude.”

Horne went on to become the state’s attorney general, and while he never visited a Mexican-American studies classroom, he drafted the law as superintendent of public schools and later defended it as state attorney general.

Arizona lawmakers passed a law later that year that prohibited classes “that promote the overthrow of the United States government; promote resentment towards a class or race of people; are designed primarily for pupils of a particular ethnic group; advocate ethnic solidarity instead of the treatment of pupils as individuals.”

The school board of Tucson dismantled the program in 2012, mindful of losing state funding.

A Tucson attorney, Richard Martinez, filed a civil rights lawsuit on behalf the teachers in the school district over the ban. 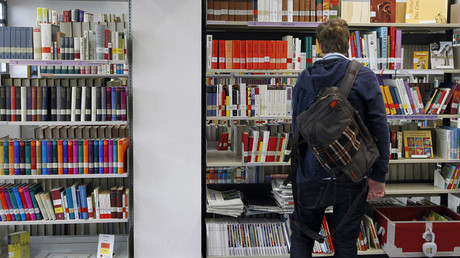 Huppenthal said Tuesday he was not surprised by the ruling and said it was meaningless because the law is not likely to be enforced in the future.

“The concern about what was going on in those classes was very real,” Huppenthal told the Houston Chronicle.

His new concern “would be if they crank up all that stuff of teaching students that Caucasians are oppressors of Hispanics,” Huppenthal said.

“What’s really important to me is an affirmation, irrespective of the length of the battle and how long it takes, the Constitution means what it says,” Martinez said.

“You can’t take away a program for racial or political reasons.”

The judge has yet to issue a final judgement or a remedy for the violation.

Students who took part in the program outperformed their peers in grades and on standardized tests, the Houston Chronicle reported, citing advocates.