Britain will press ahead with a £150 billion (US$196 billion) deal to buy 138 flawed F-35 fighter jets despite serious concerns over virtually every aspect of their capability, according to an aviation analyst.

The warplanes, which will operate from Britain’s new Elizabeth Class aircraft carriers, have been touted as a keystone of future of UK air and maritime power. 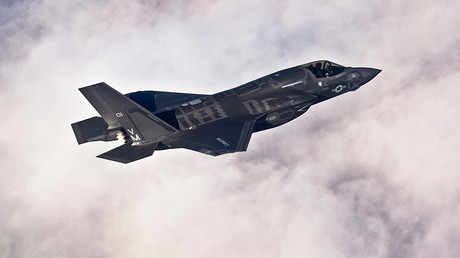 Yet according to aviation expert Pierre Sprey, the aircraft are beset with an “unbelievably abnormal” number of issues.

These include on-board computers which may be vulnerable to cyberattack and issues with interoperability between the planes and the ships they coordinate with.

While the F-35 has a powerful ability to transmit data to ships without being detected, Sprey warned that the UK’s warships lack the capacity to receive it.

However, the problems extend far beyond mere connectivity.

“Maneuverability is appallingly bad. It has terrific problems trying to fly fast at low altitude. It overheats and when you detect the overheating you have to open the bomb bay doors to cool the missiles that are inside,” Sprey said.

“The logistic computers are a horrible mess and it is crippling the ability to be able to move the aeroplanes from one airfield to another.”

The technology has also been criticized from within the upper echelons of the military.A former head of military IT, General Sir Richard Barrons, recently told the Times, “You need enough capacity to communicate with all of the other platforms: ships, aircraft and headquarters.

“[The ‘Queen Elizabeth’] may look impressive as a ship but technologically it’s stuck 10 years ago.“

The Ministry of Defense maintains that the F-35 is a sound purchase. Defence Secretary Michael Fallon insists it will improve “situational awareness.”