A granddad who recently had a leg amputated is fighting a road fine after his 8mph mobility scooter was mistaken for a 180mph Porsche.

Disabled divorcee Richard Sullivan, from Bristol, received a notice from Transport for London (TfL) for allegedly driving a £100,000 (US$125,000) Porsche Targa down a one-way street.

But the 63-year-old says he hasn’t been to London in 40 years and hasn’t been allowed to drive for two years due to his health. 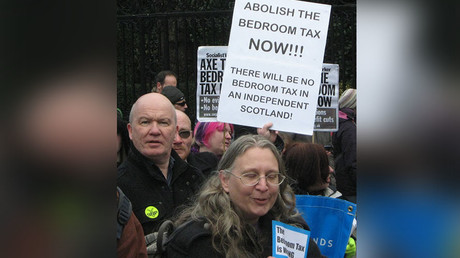 Sullivan believes the mix-up came about because the number plate of his silver TGA Breeze mobility scooter is similar to that of the Porsche shown in TfL’s CCTV picture.

“I wouldn’t mind if I had done it,” said the former forklift driver. “But the suggestion that I have is ridiculous.

“I used to drive a Renault and I’ve never owned a Porsche – in my dreams. I’m just a working man. There’s no way I could own a Porsche.”

He added that the maximum distance his scooter can travel in one go is 30 miles – the distance between the two cities is nearly 110 miles.

And TfL didn’t make it easy for Sullivan, who now lives on disability benefit and leases his scooter for £153 a month.

“I’ve tried to get through to Transport for London but they are not interested. As far as they’re concerned, I owe them money whether I did it or not,” he added.

“I told them there’s no way in hell I will pay, but because I didn’t pay it in the first 28 days that £130 fine has gone up to £195. They said, ‘If you send a letter stating all the facts and what I have done they will look into it,’ but three weeks later I got a red letter back telling me that I still owe them.”

TfL has now apologized “unreservedly for the distress and inconvenience” and cancelled the penalty.