A US couple was horrified to find out that their private conversation was recorded by Amazon’s Echo voice-controlled device and sent to a work contact. Amazon blamed the “extremely rare” incident on an unlikely sequence of events.

The family discovered that their Alexa virtual assistant had effectively briefly turned into an eavesdropping device only after they got a call from one of the husband’s employees, who told them he had received a recording of their private conversation, KIRO reported.

The immediate assumption of the employee was that the digital helper had somehow been hacked, as he called on them to shut all Echo devices down immediately. At first, the pair found it hard to believe that the smart-speaker might pull such a trick single-handedly and send their conversation to some random contact. 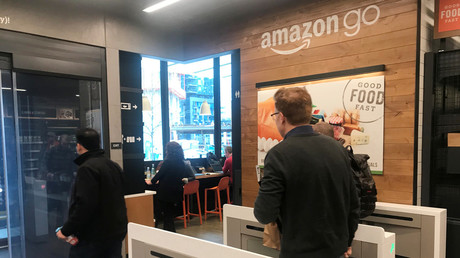 “At first, my husband was, like, ‘no you didn’t!’ And the (recipient of the message) said ‘You sat there talking about hardwood floors.’ And we said, ‘oh gosh, you really did hear us,” the wife, identified only as Danielle, told the site.

She said the pair had unplugged all Echo devices that they relied on to control heating, lights and security at home. Immediately after, she contacted Amazon. An engineer tasked with checking her activity logs confirmed her account of events and repeatedly apologized for the mishap. In a written statement to KIRO, Amazon called the incident “an extremely rare occurrence,” vowing to take measures never to let this happen again.

In a more detailed explanation of what could have provoked the ‘glitch,’ the company told TechCrunch that Alexa, which is supposed to be activated upon hearing its ‘name,’ had most likely mistaken some of the words in the conversation for an eerily coincidental string of commands.

However, the woman that lives in Portland, Oregon, has said that she did not hear the smart-speaker trying to warn her that it was about to send the recording.

The woman, who said she “felt invaded” by a sudden and utterly uncalled-for breach of privacy on the part of Amazon, has not been satisfied with expletive apologies and demanded a full refund for the Amazon’s invading services, something the online giant refuses to provide, KIRO cited her as saying.

“I’m never plugging that device in again, because I can’t trust it,” she stressed.

Instead, Amazon reportedly offered the family to remove Alexa’s communications feature, so their use of Echo systems will be limited exclusively to smart home applications.

While Amazon tried to downplay the concerns of its know-how’s penchant for spying on its owners, the company is currently embroiled in another privacy-related controversy over its (inadvertent) contribution to mass surveillance with new facial recognition technology.