There can be no keener revelation of a society’s soul than the way in which it treats its children.”

Are a husband and wife with two kids a house and a dog, a single career woman who decides to be inseminated because time is running out for her to be a mother, a family who decides to foster one or more special needs children, and a gay couple who have a child via surrogacy all equal?  Do all of these ways of family building put the needs of the child(ren) before the desires of the adults and are primarily in the child’s best interest? Are all equally accessible to people of all income levels? Is financial means, which allows for multiple options in both controlling reproduction and family building, a good litmus test for parenthood?  Most importantly, do all “family building” options protect the rights of children? 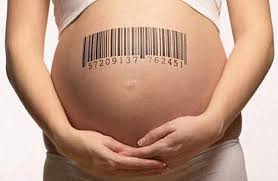 Andy Cohen is the executive producer and host of the Bravo nightly series Watch What Happens Live with Andy Cohen, Bravo’s late night, interactive talk show, and hosts a two-hour live show with co-host John Hill twice a week. He is executive producer of the Real Housewives franchise, host of the television dating show, Love Connection, and a New York Times best-selling