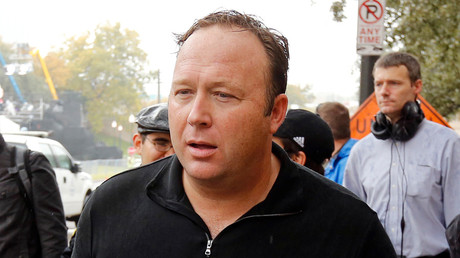 The simultaneous decisions by Facebook, Apple, YouTube and Spotify to ban controversial right-wing commentator Alex Jones has sparked a furious debate about free speech and overreach by social media giants.

But despite the fact that some on the left are celebrating Jones’ demise, banning people from the platforms outright is “bad policy” regardless of what they are saying, conservative columnist and radio host Gina Loudon told RT.

“Whether or not you agree with Alex Jones, I would be just the same amount of adamant that I think it’s bad policy to ban people no matter what, really, no matter what,” Loudon said.

Loudon said that while the likes of Facebook and Apple are private companies and can “do whatever they want” to do, in the long run, silencing conservative voices will not serve them well.

“I’m not saying they shouldn’t be able to do this, and I’m certainly not saying that government should regulate whether or not private companies can make decisions like this, but I am saying I think it’s a bad decision and I think that in the long run it will not pay off for these companies,” she said.

We don’t have to imagine the slippery slope argument w/ Alex Jones / Infowars because Twitter has already banned and suspended countless conservatives for mainstream views. Yes, he’s awful, this we all know. But it doesn’t mean they’re not coming for you, b/c they already have.

Loudon called the collective banning a “slippery slope” and said that it was likely that some new “conservative entity” might step up with competitive platforms if the current ones continue to be “one-sided” when it comes to political speech. If that happens, a new platform could even relegate the likes of Facebook to “relative obscurity,” she said.

The ban against Jones has reinvigorated the debate around whether the major social media platforms treat voices on the political left and right equally.

Some high profile conservatives, including members of Congress, have also complained in recent weeks that they had been “shadowbanned” by Twitter, a process whereby the company can make a person’s account and tweets more difficult to find.

Their suspicions were confirmed by reporting from Vice News which found that the so-called “shadowbanning” was not affecting liberals and Democrats in the same way it was affecting those on the right.

Since Jones’ ban, some conservative commentators have pointed to the New York Times’ recent decision to hire controversial writer Sarah Jeong who has a long history of posting derogatory tweets about white people, including comments like “white men are b*llshit” and referring to “dumbass f*cking white people”.

Do they know who the NY Times just hired?

Racist Sarah Jeong gets a position at the highest eschelons of journalistic power, while Alex Jones is banned. He may be all sorts of crazy, but she’s the damn racist. She actively called for violence against a race.

Others have suggested while Jones was banned for “hate speech” on the platforms, prominent liberals often face no repercussions for extreme speech, including Congresswoman Maxine Waters (D-California) who conservatives accused of inciting “mob violence” when she encouraged her supporters to harass members of the Trump administration in public.

This is the new base of the Democrat party.

This is @RepMaxineWaters America – she called for these sort of attacks

See the hatred yourself pic.twitter.com/rnVWH8tOt5