Insurers for American Airlines and United Airlines will foot part of a $95.2 million damage claim brought by the developers of the World Trade Center, after the buildings were destroyed by two hijacked passenger jets on September 11, 2001.

The iconic pillars of New York’s financial district collapsed when hijackers flew two planes belonging to the airlines into the Manhattan island buildings. Around 3,000 people died in the attack. 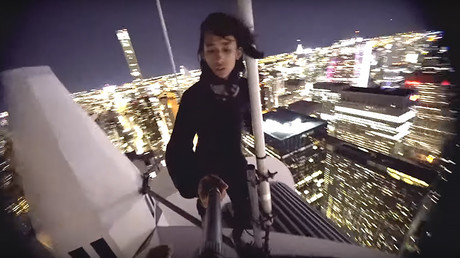 After a protracted 13-year legal wrangle, American Airlines and United Airlines have reached a multi-million dollar settlement with Silverstein Properties, Reuters reported. Representatives for the airlines declined to comment to RT.com on the settlement.

A spokesperson for Silverstein Properties confirmed the settlement. “We are pleased to have finally reached a resolution to this piece of post-9/11 litigation. We are currently devoting our attention to the ongoing construction of 3 World Trade Center, which we will open in the spring, and to the development of 2 World Trade Center,” he told RT.com by email.

American businessman Larry Silverstein signed a 99-year lease for the World Trade Center less than two months before the buildings were destroyed. Silverstein received a payout from his own insurers, but the 86 year old is reported to have wanted to hold aviation firms to account for apparent negligence during the attack.

Silverstein’s real estate firm now manages the new World Trade Center portfolio of offices and luxury condos. The company is currently constructing the 2 World Trade Center tower. The building has been described by Silverstein as a final step in rebuilding lower Manhattan after that fateful day in 2001. The developer had initially sought damages of $12.3bn from airlines and airport security.

“The last piece of this entire puzzle will be Tower 2 – the final lynchpin in the rebuilding of the Trade Center,” Silverstein said last year. “When that building is done, which will be about 2021, my job will be finished here.”