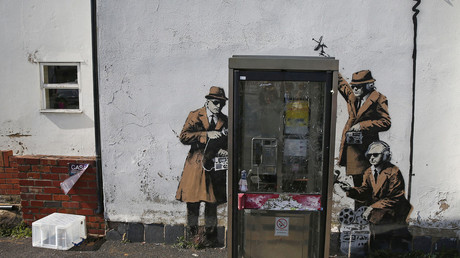 In a move that will delight foreign intelligence agencies, GCHQ has officially joined Instagram, promising to provide followers with behind doors access to the top-secret signals intelligence organization.

GCHQ, who are tasked with trawling the darkest internet corners, officially joined the social network some two years after they, in a move fit for an episode of Black Mirror, became the first spy agency to join Twitter.

Their first Instagram post was of a picture of the gated GCHQ headquarters with a sign reading “no photography.” The caption read: “Well this is going to be interesting… Follow us for a glimpse into our secret world.”

A GCHQ spokesperson stated that “People generally know we’re working 24/7 to help keep the country safe, but they don’t get the chance to see behind the scenes.

“Hopefully this will help dispel some myths and show who we are as individuals.”

The spy group’s representative hopes that their Instagram channel would “encourage talented people to consider working with us.”

“You’ll not only learn about our work to stay one step ahead of those wishing to do us harm, but also get a glimpse at our hobbies, clubs and coffee shops.”

Despite their attempt at using social media to put on a friendly face, GCHQ has an uphill battle to redeem their reputation. The extent of government snooping came to light following the leaked documents of NSA whistleblower Edward Snowden in 2013, who claimed “the largest programme of suspicionless surveillance in human history” was in operation.

“It’s not just a US problem. The UK has a huge dog in this fight,” Snowden told the Guardian. “They [GCHQ] are worse than the US.”

Although the organization ostensibly operates in defense of the British state, they have been accused of spying on everyone from Green Party MPs to privacy NGOs.