The UK’s biggest trade union has condemned the award of a multi-million pound MoD contract to outsourcing provider Capita – just days after a financial report deemed the company as “high risk.”

Criticizing the move, Unite said the government had learned nothing from the collapse of fellow outsourcing giant Carillion earlier this year, calling the recent award to Capita “wrong-headed and alarming.” 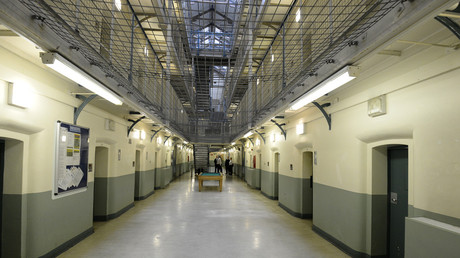 “There is absolutely no business case for these essential and highly-dedicated workers to have their jobs outsourced and privatised. The government remains addicted to the failed model of privatising and outsourcing,” said Unite’s national officer for the MoD Jim Kennedy.

The criticism comes following the release of an internal assessment carried out by financial analytics specialists Company Watch, first reported in the Financial Times. It ranked Capita’s risk score as 10/10, with 10 indicating the highest possible level of financial distress.

A separate health-score put the firm at just 3/100, placing Capita firmly within the “warning area” reserved for firms which score under 25 and are “vulnerable and should be viewed with care,” according to the report.

Days later, despite the grave warnings, the Ministry of Defence granted Capita a long-delayed contract to provide fire and rescue services, which includes the management of 65 defence fire stations in the UK as well as 13 located overseas.

Not only does it involve deploying fire and rescue capabilities in support of British forces overseas such as in Afghanistan or Iraq, but it also includes the protection of “national and defence strategic assets,” according to FT.

To win the contract – worth £500 million over 10 years – Capita saw off a rival bid from firm Serco, making it the first major outsourcing award by the government in the wake of the collapse of contractor Carillion earlier this year. Until its collapse, Carillion had been one of the MoD’s biggest private contractors.

Capita too has been in trouble with the ministry. Last September, Capita was stripped of a £400 million deal to manage the military’s estate, which covered the running of airfields and training bases.

But the MoD has expressed its confidence in Capita’s ability to carry out the contract, saying that all firms bidding for government contracts are “subject to robust assessments,” adding that they are “closely monitored” thereafter.