The US may transform into one of the world’s top oil exporters in only a few short years due to its production increase of shale oil, an energy consulting group says.

The consultancy PIRA energy group has released a new forecast relating to the current boom of US shale oil production. The group has estimated that by 2020, US crude exports will rise to 2.25 million barrels a day. This means the production would grow to four times the amount of what was produced last year. The recent uptick of crude production in the US looks to weaken the strength of OPEC exporting countries, according to CNN Money.

This boom would put the US almost on the same level as giant oil exporters such as Kuwait and the United Arab Emirates. Jenna Delaney, an analyst at PIRA, said that “in the years ahead, these developments position the US to potentially be one of the largest exporters of crude oil in the world,” CNN reported. 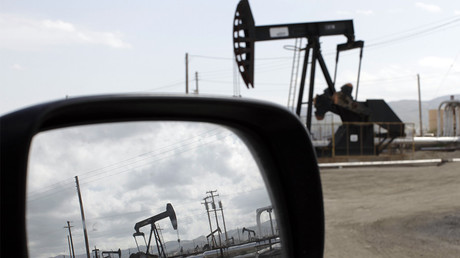 Various American cities may play a big role in the success of the US export market. One city in Texas was named specifically. Delaney commented that “PIRA believes Corpus Christi is positioned to become an increasingly prominent area for US exports.”

She continued, “Corpus Christi’s proximity to the Eagle Ford formation and projected pipeline expansions connecting it to the Permian offer it access to cheap supplies, infrastructure projects, both private and public, will allow for greater export scale,”according to the Oil and Gas Journal.

There are rival countries keeping an eye on the situation in the US. OPEC, which encompasses 14 countries, was exporting an average of 25 million barrels a day in 2016. These countries stand to lose a lot due to the rise of American oil crude exports.

The US will look to rise in the ranks and start to diminish the influence of the organization in the next few years. Saudi Arabia, a top ranking member, was a top exporter last year. They sent 7.5 million barrels into other countries last year, according to CNN.

The uptick in US production of crude oil is very surprising considering the country had banned the exports way back in 1975 and only lifted the ban in 2015, according to the Economist.

An increase in the production of shale is the main reason for the surge, Delaney said. In 2014, “the industry was hit hard by a collapse in oil prices. Major producers of oil were forced to reduce investment and production declined overall,” CNN reported.

After the collapse, operators started to be more efficient in the industry. The production of US crude began to slowly grow to reach 9 million barrels a day in February 2017, the US Energy Information Administration reported, according to CNN.

As the US is supposed to ascend to the top of the ranks in crude exports, allegations have arisen that Russia is working with environmentalists in America in order to undermine the shale oil industry.

Representative Lamar Smith, (R-Texas), along with Randy Weber (R-Texas), have sent a letter, dated June 29, to US Treasury Secretary Steven Munchin, alleging that Russia is funding environmentalist groups who spoke out against health concerns related to shale drilling, in order to protect the independence of Russian gas imports. However, the letter states that there is “no paper trail” leading to any strategy set forth by Russia, The Daily Signal reported.