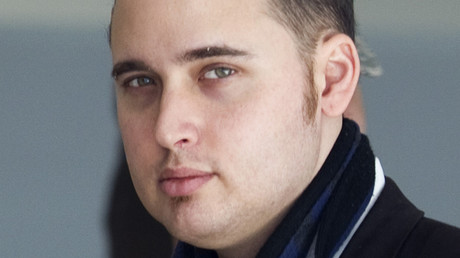 Hacker Adrian Lamo has died aged 37. The Colombian-American gained notoriety after reporting whistleblower Chelsea Manning to US authorities in 2010.

Mario Lamo, the hacker’s father, revealed the news of his son’s death in a Facebook post on Friday. “With great sadness and a broken heart I have to let know all of Adrian’s friends and acquaintances that he is dead. A bright mind and compassionate soul is gone, he was my beloved son,” Lamo wrote. The coroner for Sedgwick County, Kansas, where Lamo lived, also confirmed his death, according to technology news site ZDNet.

Lamo became famous in the early 2000s after hacking a number of high-profile companies, including the New York Times, Microsoft, and Yahoo. He later became famous in the hacking community after he informed the FBI that then-US Army Private Bradley Manning had leaked a video showing the US military killing two Reuters journalists to WikiLeaks. The leak also included hundreds of thousands of military and diplomatic documents.

Manning had revealed to Lamo that she was the source of the leak in a web chat. Lamo defended his decision to reveal Manning’s identity to the FBI in an interview with the Guardian in 2013.

“The choices at hand were very blunt ones – to interdict him, or to pretend I’d never had my conscience as shocked as it was when I learned of the sheer volume of sensitive documents he had extracted to WikiLeaks,” he said.

READ MORE: To hell & back: Manning’s supporters reflect on her 7-year nightmare

“There was no option to interdict just the documents and put him merely in touch with counseling. There was no way to be both kind to Bradley [now Chelsea] and mindful of the potential for harm to people I had never known and would never know which the situation posed.”

Manning was later arrested and sentenced to 35 years in prison. Her sentence was commuted by former President Barack Obama and she was released last year. The cause of Lamo’s death has not been revealed.