George Galloway has dismissed claims that Russia is “culpable” for the Skripal poisoning, saying it wouldn’t put a “signature” on such a crime. Moscow is preparing to expel British diplomats in retaliation for UK sanctions.

Speaking to RT’s Bill Dod, the former Labour MP hit back at Prime Minister Theresa May’s allegations that Russia was behind the poisoning of Sergei Skripal and his daughter Yulia. His comments follow demands by Labour leader Jeremy Corbyn that the PM present evidence and use channels provided by international law before assigning blame to Moscow.

“Here is the killer question that was not asked by anybody in parliament either on Monday or Wednesday,” Galloway said. “If this Novichok is exclusively Russian, why would Russia choose that weapon to mount a terrorist attack on the streets of Salisbury? They may as well be leaving a pair of boots covered with snow and painting ‘Vladimir Putin was here’ on the nearest wall. 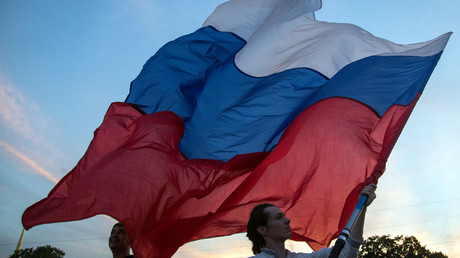 “It’s absolutely absurd that Russia would actually put its signature on a crime like this if they had carried it out,” he added.

Russian Foreign Minister Sergey Lavrov said Russia will expel British diplomats shortly. The measure is a response to May’s sanctions against Russia over its alleged involvement in the poisoning of former Russian double agent Skripal. A total of 23 Russian diplomats will be expelled from the UK, among other punitive measures.

Galloway compared May’s assertions to misleading intelligence reports that were created in the lead-up to the Iraq war. Faulty intelligence garnered by the US and UK claimed that Saddam Hussein had weapons of mass destruction (WMD). The claim was used to justify the invasion.

“I have an absolute conviction that this is exactly the same kind of canard that led us to the disaster of the Iraq war,” Galloway said, before adding that “in any list of suspects, Russia must be near the bottom because, self-evidently, it has not and cannot benefit from this crime in any way.”

On Russia’s refusal to respond to the deadline set by May for it to give its account of the Skripal poisoning, Galloway said: “The reality is Russia has every right to be offended here. It is my view that the language of ultimatums and ‘you have 36 hours to say you’re guilty or kind of guilty’… was deliberately designed to fail. Russia was set up to fail this test that Theresa May set it.

“Just like Iraq and the WMD, this verdict has already been reached before this investigation ever began,” he said.

When Dod asked Galloway about Ofcom’s intention to revoke RT’s license, he said it would make a “mockery of British protestations of freedom of speech and it will probably be illegal under British, EU and international law, so I hope they will not be so foolish to do that. There will never be another British journalist working in Russia, that’s for sure. People should think about that very carefully,” he warned.