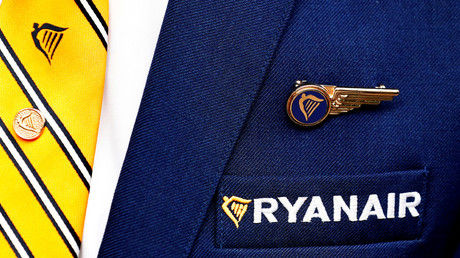 People are calling for a boycott of Ryanair after the airline failed to apologize for its handling of an incident in which one of its passengers was subjected to a racist verbal attack by another.

The airline responded to public outrage on Sunday to say they had made Essex Police aware of the incident and that it was no longer their matter. However, the absence of a public apology to the passenger subjected to the rant and allowing her aggressor to remain on board has people vowing to never fly with the airline again.

YOUR STAFF accommodated a RACIST!

YOUR STAFF consoled a RACIST!

YOUR STAFF made the elderly black woman who was a VICTIM move.

YOUR STAFF allowed a RACIST to stay on the flight!

– Course of action to ensure this won’t happen again!

The backlash began after footage was posted online Friday showing a woman being racially abused by a fellow passenger aboard a Ryanair flight from Barcelona to London. In the video, Ryanair staff failed to put a stop the racist tirade in which the woman was threatened and called an “ugly, black b*****d.”

Furthermore, the abusive passenger was allowed to remain on the flight, and in his seat, while the victim was relocated elsewhere on board.

Ok boycott ⁦@Ryanair⁩ if they think it’s ok for a racist man to abuse an elderly black woman and remain on the plane. It’s 63 years since Rosa Parks said “No “ to sitting on the back of the Bus and we ain’t going back. https://t.co/IYczabgjMJ

On Sunday, a spokesperson for Ryanair told RT that the incident has been reported to Essex Police, but did not comment on the airline’s policy for protecting passengers from racism or verbal abuse. In a statement to RT.com, Essex Police said they were only “made aware” of the incident at a Spanish airport on Sunday morning, and confirmed they are looking into it.

This is absolutely disgraceful! Why was this poor woman moved? Why wasn’t the hideous racist buffoon removed from the flight?!

In a statement to the BBC, Ryanair said they “operate strict guideline for disruptive passengers” and claimed they will not tolerate “unruly behavior”:

“We will be taking this matter further and disruptive or abusive behaviour like this will result in passengers being banned from travel,” read the statement. It’s unclear whether this is a new policy for passengers or if it was simply not implemented on this occasion.