As India celebrates the 70th anniversary of its independence from the British Empire, the nature of the two nations’ relationship today remains uncertain. 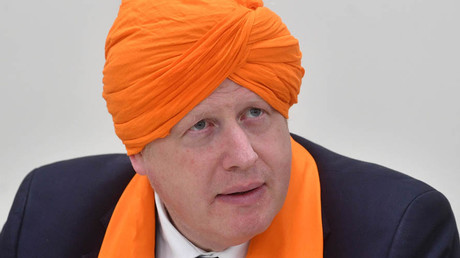 “The United Kingdom and India share a deep and longstanding partnership, rooted in the 1.5 million British Indian diaspora in the UK who contribute so richly to our society.”

Johnson also highlighted the mutual interdependence between the two countries and voiced support for the continuation of British-Indian cooperation in a number of strategic fields.

“Our two countries are committed to working together to promote our people’s prosperity, improve global security and tackle the global challenges that we face today.

“Through the 2017 UK-India Year of Culture, we have celebrated the strength of UK-India ties, from our shared history, values, culture and language. 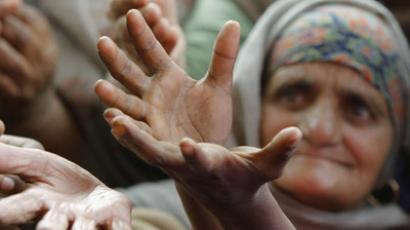 “Whilst today is an opportunity to reflect on India’s success over the past 70 years, it is also a chance to look ahead at a bright future for both our countries, supported by the flourishing ties between the people of India and the UK,” the Foreign and Commonwealth Office (FCO) statement read.

But just how “bright” is the future Johnson imagines? And what are the obstacles to a genuine post-colonial partnership between India and the UK?

For answers, the Conservative Party’s “India Policy” since 2010 could offer an indication, given that the Tories will now likely remain in power until 2022, barring another snap election.

For this purpose, members of the Tory top brass, including former Foreign Secretary William Hague, former Chancellor George Osborne and Cameron himself, made a number of official visits to India.

Although these initial efforts often met with a chilly reception under the left-leaning United Progressive Alliance (UPA), the UK-India relationship shifted gear in 2014 when rightist Narendra Modi came to power.

That year, the Cameron government successfully accomplished a trade mission to India, which was followed by Modi’s official state visit to the UK in 2015.

During the visit, the new Indian PM and his British counterpart concluded £9 billion (now US$11.5 billion) worth of commercial deals in energy, finance, retail, logistics and IT sectors.

Cameron’s attempts to woo what could be the world’s second largest economy by 2050 were also sweetened by some symbolic gestures.

In 2015, a statue of Mahatma Gandhi was unveiled in London’s Parliament Square to commemorate the centenary of the civil rights leader’s return to India from South Africa and to “enrich the firm bond of friendship between the world’s oldest democracy and its largest.”

Moreover, Modi was also invited to address the British Parliament, becoming the first Indian prime minister to do so since the country’s independence.

The charm offensive continued under current PM Theresa May, who made her first non-European official visit to India in an effort to drum up post-Brexit alliances by strengthening the UK’s economic ties with New Delhi and perhaps even reaching a free trade agreement. 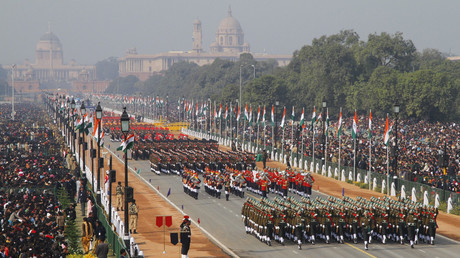 The symbolic gestures also continued. In early 2017, the British government announced the UK India Year of Culture, which was launched by the Queen at Buckingham Palace.

However, despite their best efforts, British-Indian relations are far from what the Conservatives might have hoped for.

One of the major factors is history. Britain ruled over India for around 200 years. During these two centuries, the Indian peoples experienced discriminatory policies and outright atrocities at hands of their colonial masters.

Among them was the 1943 Bengali famine, the direct result of imperial policies, which led to the deaths of up to 3 million people.

When local officials begged then-wartime Prime Minister Winston Churchill to redirect food supplies to India, he scoffed at the idea and said that it was their own fault for “breeding like rabbits.”

It also explains why a 2014 BBC World Service poll revealed about a quarter of Indian respondents viewed the UK’s influence as highly negative.

This public sentiment is likely to limit Modi’s willingness to deal with the UK, particularly as the Indian PM rose to power on a platform of Hindu nationalism.

The relationship is also further undermined by a very limited understanding of the shared history among Brits.

A recent report by the British Council found that “young people in the UK have worryingly low understanding of India.”

The report revealed only 21 percent of young educated Britons know “a great deal” or “a fair amount” about India, while 74 percent of their Indian counterparts said the same of the UK.

The lack of knowledge could account for the spike in xenophobic attacks on Indians, especially members of the Sikh community, in the wake of Islamist terrorist attacks, as they are often mistaken for Muslims. 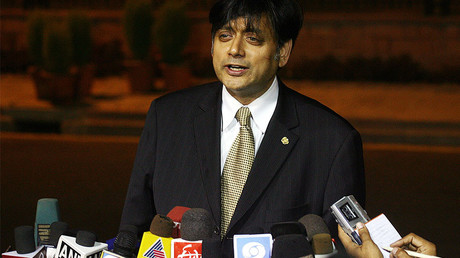 Combined, this could have significant consequences for the future of Indo-British relations. The number of Indian students in the UK has been steadily declining, and with it the cultural, intellectual and financial prospects.

Finally, with India destined to become a global power, the UK may find it difficult to dictate the terms of the relationship as it once could.

Britain’s recent attempts to establish better relations with China, India’s principal economic and strategic rival, may backfire by drawing the latter towards the EU, whose investment into the former Jewel in the Crown of Empire is expected to increase after Brexit.

In the end, it is highly likely that India will be the one setting the terms of its relationship with Britain, although much will depend on the UK’s ability to accommodate the interests of its former colony.