In a case akin to a mafia movie, an elderly lady has been jailed for trying to hire a hitman to knock off her husband. She now faces new charges, after reportedly trying, while she was behind bars, to have two other people killed.

The plan was for the man to hire a third person to carry out the murder and make it look like her ex-husband died from a drug overdose, the charges state, according to local news outlet KSL.

She allegedly gave the handyman $5,000 and promised him another $100,000 once her ex-husband and his wife were dead, and she had collected the life insurance money.

Gillman was still listed as the beneficiary on three life insurance policies taken out on her ex-husband Duane Gillman. The combined payout of all three policies was $3.3 million, according to The Salt Lake Tribune.

Just in: Verdict is in on woman accused of hiring a hit man to kill her ex husband and his wife. And on top of that new charges today against Linda Gillman saying she tried to hire hit man while in jail awaiting trial #KUTV2Newspic.twitter.com/q8wa8yrYnn

That plan was foiled when Gillman’s employee went to the police. Gillman was subsequently arrested.

But being jailed apparently didn’t faze Gillman. While she was behind bars at the Salt Lake County Jail, she approached another inmate in an effort to have the handyman who went to police –her former employee– killed. 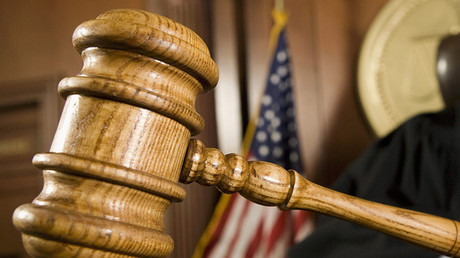 “Gillman referred to herself as ‘the bank,’ and said that she ‘could make everything happen'” if he would take care of the employee. She added that if “somehow (the man) ended up dead or disappearing, then I would walk out of here a free woman,” investigators wrote, adding that Gillman said that “it would make all her dreams come true” if he disappeared. That case was ultimately dismissed due to problems with witnesses.

But the plot thickened once again on Friday, the same day Gillman was convicted of trying to have her husband killed. In a surprise move, prosecutors said the 70-year-old had tried to hire yet another hit man from within the jail, as recently as three weeks ago.

Police say she tried to send a $155,000 check out of the jail with her attorney on February 13. That check was reportedly the bail for a woman who Gillman had befriended in the jail.

In exchange, the bailed woman was tasked with finding the employee from the first case, to try to get him to sign a “confess letter” that was written by Gillman. If he refused to sign it, the woman was instructed to notify another person, who would then kill him.

But, once again, it doesn’t end there. Gillman also tasked the bailed-out woman with finding someone to kill an attorney who had opposed her in a previous, civil case that she had lost.

Gillman was officially charged on Friday with two more counts of criminal solicitation, a first-degree felony, and two counts of obstruction of justice, a second-degree felony.

Meanwhile, the 70-year-old faces potential life in prison for the Friday conviction. Her sentencing is set for April 23.