Nearly half a million children across the UK will be living in poverty within the next five years, according to a leading think tank. Researchers predict young families in the north of England will be hardest hit by Tory welfare freezes and tax limits.

New forecasts released by the Institute for Fiscal Studies (IFS) predict a four percent national increase in child poverty by 2022 in the UK – meaning 400,000 more children will soon be living below the poverty line. By 2021, child poverty across the UK will be higher than before the 2008-09 recession.

IFS research economist and co-author of the report Tom Waters said the government should not be surprised if child poverty rises across the UK if they stick to their planned benefit cuts.

“Every region and nation is projected to see an increase in child poverty, with the largest increases in the North East, East Midlands, Wales, and Northern Ireland, and the smallest in London, the South East, and South West,” he said.

“The larger projected rises occur in areas where families with children are more reliant on benefits than earnings for their income, and where more families are likely to be adversely affected by the new two-child limit on means-tested benefits.”

The report, titled ‘The living standards, poverty and inequality in the UK,’ said the smallest increases will occur in the south, but even there child poverty is projected to rise by at least four percent.

The Midlands, Wales and Northern Ireland are expected to see increases of at least eight percent. 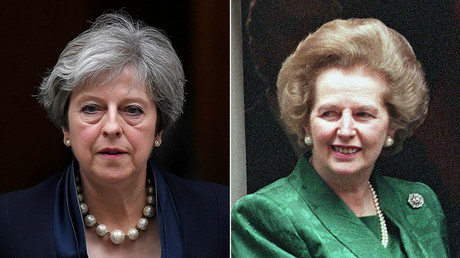 The IFS findings warn that limits on tax and universal credits, paired with another two years of frozen benefits, will be responsible for the 37 percent increase in children living in poverty in the UK.

Limiting tax credits and universal credit to two children will mean that some low income families will receive more than £2,500 less in benefits, and the freeze to most working-age benefits will see around 7.5 million low income households lose over £500 per year in benefit entitlements.

Although the report showed that child poverty is on the rise, the average household income is expected to grow – although IFS Senior Research Economist Andrew Hood described the increase as “sluggish at best” in the coming years.

“If workers’ earnings grow as the Office for Budget Responsibility (OBR) expected back at the March Budget, median income is projected to rise by just four percent over the next four years – about half as fast as was normal before the financial crisis,” he said.

“But given that the OBR have already indicated they now think that forecast was too optimistic, the true picture could be even worse.”