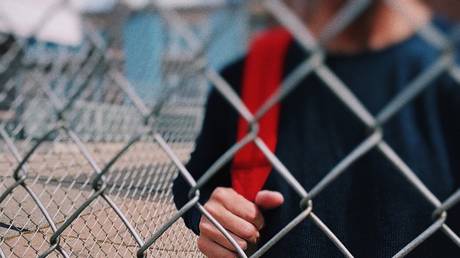 Police have accused a 32-year-old woman of pretending to be a homeless teenager in order to enroll in high school, even though she already has a diploma. Investigators are now trying to discover her motive for the alleged con.

Michaelann Goodrich allegedly told administrators that she was a 15-year-old girl named Riley Madison so she could attend classes at Cairo-Durham High School in the Catskill mountains of New York state.

Homeless children cannot be denied education, so the school was legally obliged to immediately enroll Goodrich in classes when she turned up on December 19.

However, School Superintendent Anthony Taibi said the school noticed “red flags” in the woman’s story and notified the police.

“There was enough in her story that caused some concern,” Taibi said to NBC News.

The 32-year-old attended a full day of classes on December 20 but did not show up for school the next day, saying she had an appointment.

Meanwhile, authorities were already looking into her background.

“That just leads to our investigation to try to figure out what exactly her motive was for attending school,” he added.

Goodrich was arrested on December 28 and charged with offering a false instrument for filing, falsifying business records, and criminal trespassing.