Access to porn-streaming sites have been attempted by British parliament computers more than 24,000 times over a six-month period following the general election last year, new figures have shown.

A Press Association (PA) freedom of information (FoI) request shows there were 9,467 requests from both the Houses of Lords and Commons in September alone. 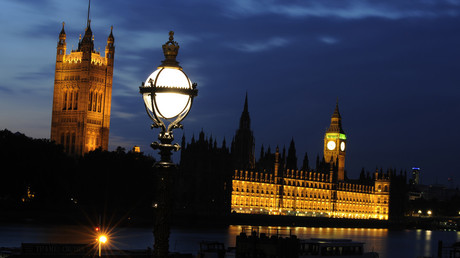 During an investigation, Green made “misleading” statements about allegations that police found pornography on computers in his parliamentary office in 2008 and was subsequently sacked by long-time ally May.

The figures also come after the so-called Westminster ‘witch hunt’ named dozens of MPs in a “dirty dossier”.

Parliamentary staff (who remained anonymous) listed a long line of politicians and aides believed to have behaved badly. Though some of the claims were of a sexual nature, many were not and were simply listing MPs relationships, many of which were common knowledge.

A parliamentary spokesman said: “All pornographic websites are blocked by parliament’s computer network. The vast majority of attempts to access them are not deliberate. The data shows requests to access websites, not visits to them.

“There are 8,500 computers on the parliamentary network, which are used by MPs, peers, their staff and staff of both Houses. This data also covers personal devices used when logged-on to parliament’s guest wifi.”

A separate FoI request showed there were also at least 2,751,755 attempts to access blocked websites on the parliamentary network from January to October 2017.