Fracking is getting a new lease on life in oil-rich California, much to the dismay of environmental campaigners. Two federal agencies just released reports on offshore drilling there, and found “no significant risk to the environment.”

This sort of federal approval now threatens the return of big oil and gas to the state.

The Bureau of Ocean Energy Management (BOEM) and the Bureau of Safety and Environmental Enforcement (BSEE) are behind the two reports, which also looked at both, hydraulic fracturing and similar extraction methods on 23 offshore drilling platforms off the California coast between 1982 and 2014.

It was revealed a year ago in March that a mass of toxic materials the fracking wastewater was laced with was making its way back into the ground, as thousands of gallons of the stuff polluted the Pacific from a ruptured pipeline in Santa Barbara. This even led to regulators and firms admitting to bad oversight.

An unprecedented law forced the state of California to become more transparent with the type of chemicals that are being used. An Environmental Working Group report gave strong evidence of routine injections of carcinogenic chemicals into the ground after use.

However, “the comprehensive [recent] analysis shows that these practices, conducted according to permit requirements, have minimal impact,” the Hill quotes BOEM director Abigail Ross Hopper as saying now.

Started earlier this year in the midst of a court battle with environmental groups, the survey concluded that the “potential adverse effects of the proposed action to the environment are not significant.”

“Overall, most resources will not be impacted or impacts will be negligible. In some cases where impacts are somewhat more pronounced, such as with discharge of produced water, the impacts are minor, short-term and localized,” the federal agencies also concluded.

The environmentalists have criticized these conclusions, as they now lift the moratorium put in place in January following a lawsuit that put an end to the Obama administration’s approval of offshore drilling without any review.

On Friday, the FONSI findings were challenged again by the Center for Biological Diversity (CBD), who reiterated the risks. 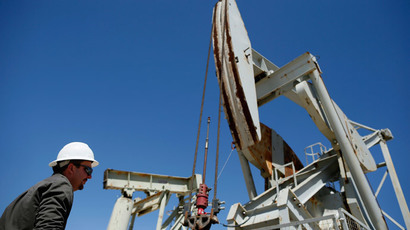 “The Obama administration is once again putting California’s beautiful coast in the oil industry’s crosshairs,” Miyoko Sakashita, director of CBD’s Oceans program, wrote in a statement. “Our beaches and wildlife face a renewed threat from fracking chemicals and oil spills. New legal action may be the only way to get federal officials to do their jobs and protect our ocean from offshore fracking.”

Environmental groups also worry it will be easier than before for fracking to get through the door. Executive director of the environmental advocacy group Food & Water Watch, Wenonah Hauter believes Obama is now “doubling down” on it, which “paves the way for offshore fracking permits that were previously frozen and the dumping of toxic wastewater directly into the Pacific Ocean where Californians swim, fish, and surf.”

Environmentalists further claim that we can’t reach the goals set forth in the Paris deal late last year unless fossil fuels are kept in the ground.