Around 130,000 children will wake up homeless this Christmas the highest number in a decade, new figures reveal. It comes amid warnings that much-needed food banks may also run dry because of the staggering demand.

According to a report by housing charity Shelter, the number of homeless children has jumped by two-thirds in the past decade, in what has been branded a “national scandal.” The number of youngsters spending their holidays in temporary accommodation such as B&Bs and hostels has gone up by 8,000 this year. 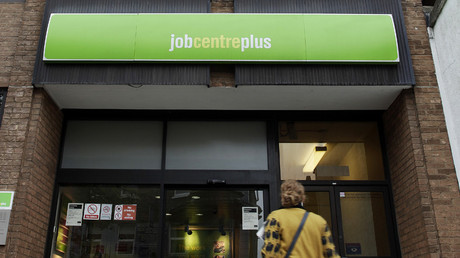 A quarter of families report having to crowd into a single bedroom with no kitchen, meaning many are forced to eat on the floor or on beds.

“Many of us will spend Christmas day enjoying all of the festive traditions we cherish, but sadly it’ll be a different story for the children hidden away in cramped B&Bs or hostel rooms,” said the chief executive of Shelter, Polly Neate. “Imagine living in a noisy, strange place full of people you don’t know, and waking up exhausted from having no choice but to share a bed with your siblings or parents.”

In one case heard by the charity, a father reported living in a Travelodge along a motorway with his 16-month-old son. He claimed he emptied baby food jars into a kettle as it was the only facility around to heat up some meals.

The report also highlighted the toll homelessness takes on children’s mental health. In one case, a 13-year-old reported having suicidal instincts after moving into a hostel.

Meanwhile, leading anti-poverty charity the Trussell Trust has warned food banks will run out of stock before schools break up for the festive holiday.

Trustee Alison Inglis-Jones called on the government to take action against the “litany of horrors” facing people struggling to get hold of basic foods, an issue she believes originates from benefit freezes and the roll out of the Universal Credit welfare system.

“I am genuinely concerned about the levels of food at some of our food banks and that food banks will run out this Christmas – we are as a charity concerned,” she told the Independent. “Christmas is always our busiest time, I think we’re going to see a spike in hungry people wanting to access services.” 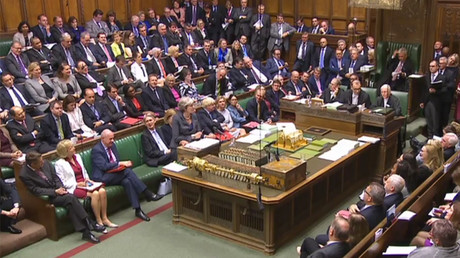 Universal Credit is the newly introduced welfare programme which replaces several benefits with a single payment. The government claims it “incentivizes” people into work, but there is compounding evidence of it merely pushing more people towards poverty.

The trust believes that food banks in areas where the program has already been rolled out for the past six months or more have seen a 30 percent average rise in demand compared to a year before.

“We’re providing more than £1 billion [US$1.34 billion] until 2020 to tackle the issue and are implementing the Homelessness Reduction Act – the most ambitious legislation in decades that will mean people get the support they need earlier,” a government spokesman commented on the homelessness figures. “Councils have a duty to provide safe, secure and suitable temporary accommodation. This means that people are getting help now and no family is without a roof over their head this Christmas.”