New claims of anti-Semitism in Britain’s Labour Party have emerged as Shadow Cabinet ministers and friends of leader Jeremy Corbyn are said to have made comments comparing Israel to Islamic State (IS, formerly ISIS/ISIL).

According to the Daily Mail, the party’s communities spokesman, Grahame Morris, wants British Jews who serve in the Israeli Defence Force (IDF) to be treated as suspected terrorists. 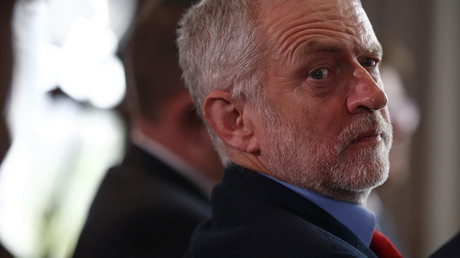 It has also been claimed that justice spokesman Richard Burgon has called Zionism an “enemy of peace.”

Morris, the chairman of Labour Friends of Palestine, has also previously posted a picture of Israeli flags online with the caption: “Nazis in my village, do you see the flag they fly.”

Although he later apologized, he has also come under fire again for agreeing to host an event chaired by Sameh Habeeb, who published an article by a Holocaust denier on Holocaust Memorial Day.

It also emerged on Monday that Corbyn was offered £10,000 from a Palestinian group that has praised Hamas, which is considered to be a terrorist group by many authorities.

Corbyn’s campaign told the Observer the donation had not been declared, as its bank rejected the check because it had been made out to the wrong person.

The allegations of anti-Semitism come after a controversial investigation conducted by human rights lawyer Shami Chakrabarti, who produced a report released in June saying the party was not “overrun by anti-Semitism.”

The internal report on the validity of allegations against the Labour party found that there was only an “occasionally toxic atmosphere,” while condemning “ignorant attitudes” within its ranks.

Corbyn raised eyebrows when the report was published by saying: “Our Jewish friends are no more responsible for the actions of Israel or the Netanyahu Government than our Muslim friends are for those of various self-styled Islamic States or organizations.”

Some took the comment as drawing an analogy between IS and Israel.

According to the Jewish newspaper Algemeiner, the head of the Zionist Federation UK Paul Charney claimed that a formerly marginalized anti-Semitic fringe in the Labour Party has been emboldened by Corbyn. 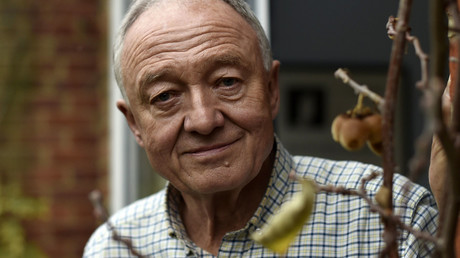 “Part of the problem is that while we recognize the classical version of anti-Jewish prejudice from the far-right, collectively we are struggling to come to terms with its variant on the hard left,” Charney said.

“This new anti-Semitism, often dressed up as anti-Zionism, unfortunately seems to be part and parcel of the totemic obsession with the Palestinian cause.”

He added: “The more stories like this emerge, and the greater the suspicion that the current Labour leadership is unwilling or unable to tackle or even recognize what contemporary anti-Semitism looks like, the greater the perception will  become that, as it stands, the party is a toxic environment for Jews.”

Jonathan Sacerdoti, director of communications at the Campaign Against Antisemitism, said in a statement that Labour’s “constant stream of controversy and scandal… further erodes the trust of all reasonable Britons in the party itself.”

“Weak cover stories, half excuses, support from and for extremists, power and honor being handed to those covering up anti-Semitism, and now money being donated by terrorist sympathizers and supporters; there can be no question that this is being misread or spun by a specific interest group,” Sacerdoti said.