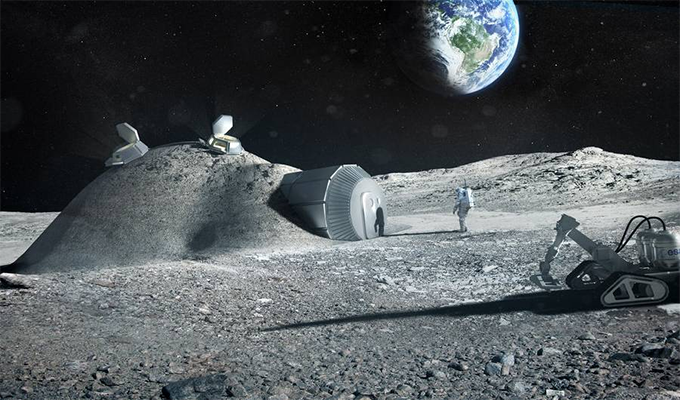 The ESA’s concept art for a lunar base. Source: ESA

The European Space Agency just reminded the world that it wants to build a base on the moon by 2030, using 3-D printed parts made from materials found on the lunar surface.

The ESA has some competition. Earlier this month, Congress passed a spending bill that would give NASA $55 million to build a space habitat for deep-space exploration, including both the space within the moon’s orbit and, eventually, Mars. The only catch: NASA has 180 days to show what it’s going to be.

It’s a global space race to live on the moon. Around 26 nations want to figure out what that’s going to look like.

In the past, NASA has been a big fan of expandable, inflatable modules, like the ones made by Bigelow Aerospace. The ESA’s concept art shows buildings made out of the natural elements found on the lunar surface. This idea isn’t far-fetched; product designers have used sand to print in the past.