Three-quarters of federal agencies’ IT budgets go on operation and maintenance rather than upgrades, and some legacy technologies, such as floppy disks used by the Pentagon for nuclear missiles, are over 50 years old.

The overview of how the US government continues to use archaic technologies in some vital areas was given in a report released on Wednesday by the Government Accountability Office (GAO). The report said that the budget for IT modernization has fallen by $7.3 billion since 2010 while operations costs continued to grow. Of approximately 7,000 IT investments reviewed, the majority (5,223) do not spend a penny on upgrading their systems.

One of the legacy technologies identified by GAO is 8-inch floppy disks, which are used by the DoD to operate the functions of American nuclear forces. A computer system, on which deployment of ICBMs, nuclear bombers and tanker aircraft depends, runs on 1970s computers that use the floppy disks. The Pentagon plans to get rid of them by 2017, the report said. 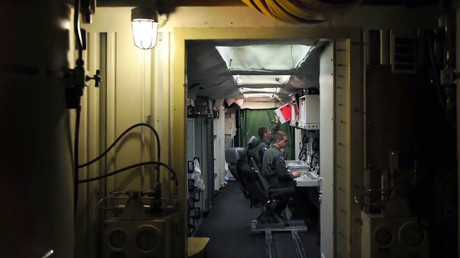 Even more ancient technologies are still in use by the Department of Treasury, and unlike the DoD it has no plans to have them upgraded anytime soon. The department uses so-called master files to track accounts of individual taxpayers and businesses. The system run on an IBM mainframe is about 56 years old and is written in assembly language, a low-level computer programming language. It is hard to read or write by inexperienced coders and is currently reserved for specialized applications such as device drivers, computer viruses or boot instructions. The Treasury wants to replace the master files with something more modern, but has no specific timetable for doing this.

Archaic technologies are used by other federal agencies. The Department of Veterans Affairs has a 53-year-old system for tracking employee attendance and a 51-year-old computer network that deals with benefit claims. Both systems are written in Common Business Oriented Language (COBOL) – a programming language developed in the 1950s and 1960s.

Social Security has a three-decade-old system tracking benefits eligibility and amounts, also written in COBOL. The Department of Justice has a COBOL system for security and custody levels, inmate program and other prison information.

“Legacy federal IT investments are becoming obsolete,” the GAO concluded.

The GAO reports says the Office of Management and Budget (OMB) must come up with a specific plan to modernize federal IT investments, including a timeline for replacing obsolete legacy systems.

“Until this policy is finalized and implemented, the federal government runs the risk of continuing to maintain investments that have outlived their effectiveness and are consuming resources that outweigh their benefits,” the report said.