Some 2,000 members of the American Postal Workers Union have gathered in Miami where they are officially opposing the Trans-Pacific Partnership. Along with Florida Representative Alan Grayson, they hope to send a message to presidential candidates.

The 200,000-member strong American Postal Workers Union (APWU) hopes to use its sway to deter Congress from considering the deal during the lame duck period between November’s presidential elections and President Obama’s last day in office in January.

The Trans-Pacific Partnership (TPP) has become a hotly contested issue in the 2016 campaign. While both Hillary Clinton and Donald Trump have both denounced the proposal, President Barack Obama has yet to abandon the unpopular ship. 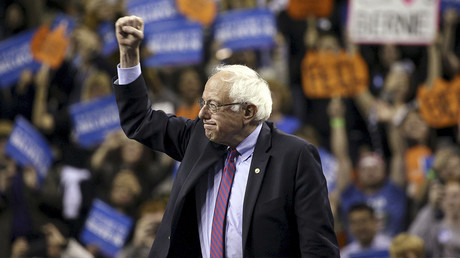 The members of the postal workers union are calling on Hillary Clinton, the APWU’s endorsed candidate, to discourage Congress and the Senate from passing the bill during the lame duck session.

APWU President Mark Diamondstein explained the workers’ concerns, telling RT “The people of this country are sick of these trade deals that enrich multinational companies at the expense of workers here and everywhere else… We are going to demand that this TPP and trade deals like it will be killed.”

TPP would open US borders to products from 12 other countries without trade or tax barriers. However, for members of the APWU, whose annual pay scale starts at roughly $29,000, opening trade to this many nations could be disastrous.

Florida Congressman Alan Grayson explained the importance of blocking the TPP for average Americans, saying “I’m telling you right now if this goes through, it’s curtains for the middle class of America. We will never, ever, ever be able to recover from this.”

Grayson explained the risks to RT, saying “What can happen is any foreign corporation of the TPP can sue any local entity, any state entity – even the federal government and get a money judgment against us whenever they think we’re taking money out of their pocket if we’re trying to protect our safety, our environment, our health.”

How does this relate to the US Post Office? In his speech, Grayson stressed “What’s at stake is your jobs, all of the jobs of the people you love and all the jobs in middle-class America,” adding “it’s a road that leads to nothing but cheap labor.” 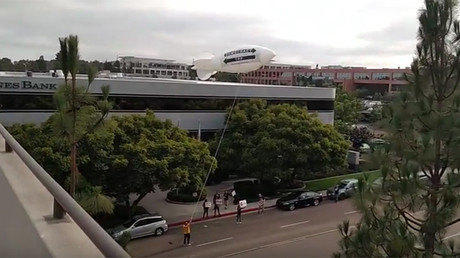 It’s not just the APWU that opposes the TPP. The American Federation of Labor and Congress of Industrial Organizations have also publicly spoken out against it, decrying the Obama administration for withholding information from labor unions.

The Teamsters Union also opposes TPP, citing concerns over whether international competitors could take work away from the industries they are involved in. A press release from the Teamsters Union reads, “Oregon’s dairy industry – which employs about 800 Teamsters at 10 different locations around the state – could be hit especially hard if the TPP moves forward. It is expected that New Zealand’s state-owned dairy sector would take a significant bite out of local butter and cheese producers.”

Opposition to the TPP has been a mainstay for Bernie Sanders’ supporters. Numerous unions have endorsed Hillary Clinton, but some leaders hope that she remembers that she used Sanders’ delegates to get the Democratic nomination.

Larry Cohen, former president of the Communications Workers of America, told RT’s Ed Schultz, “Bernie delegates got her elected, that’s why she’s there.” Therefore, he hopes to harness the energy of Bernie Bros to ensure that Clinton does everything she can to block the deal.

Cohen also noted that the TPP could open the country up to potentially devastating lawsuits – similar to the Trans-Canada Partnership that has resulted in “Trans-Canada suing the US for $15 billion over the refusal to allow the Keystone Pipeline.”