Major private insurance companies such as Aetna, which is “extremely profitable,” have fled Obamacare health exchanges, although they were not focused on individual plans in many markets to begin with, a former health insurance executive has told RT.

Insurance giant Aetna announced last week that it would cancel its participation in health exchanges established by the Affordable Care Act, or Obamacare, in all but four states by the beginning of 2017. In April, UnitedHealth Group, the largest US private health insurer, said it would pull out of all but a “handful” of state exchanges in 2017 after participating in nearly three dozen states in 2016.

Aetna claimed that it’s absorbed $430 billion in pre-tax losses from the exchanges since January 2014, pushing the company to reduce its exchange participation to 242 US counties from 778. Yet Wendell Potter, former insurance executive at Cigna and Humana and author of ‘Nation On The Take: How Big Money Corrupts Our Democracy’, pointed out in an interview with RT America’s Ed Schultz that Aetna recently reported healthy gains in the second quarter of 2016.

“These companies that are saying they are pulling out are doing so only because they are not satisfied with their earnings in that particular part of their overall business,” Potter told RT.

“Aetna’s extraordinarily profitable. In its second-quarter earnings just released a few weeks ago … it took in $16 billion in revenue and it had overall profits of three-quarters of a billion dollars. So it’s very, very profitable it just doesn’t want to lose any money on the short-term on the Obamacare plans it offers.”

“These companies are not reliable partners. That said, Aetna’s departure from all these counties doesn’t signal anywhere close to the end of Obamacare because it wasn’t in that many markets to start with. There are a lot of other companies that are very active and have pledged to stay in the exchanges and continue to offer policies, particularly in the non-profit health plans around the country.” 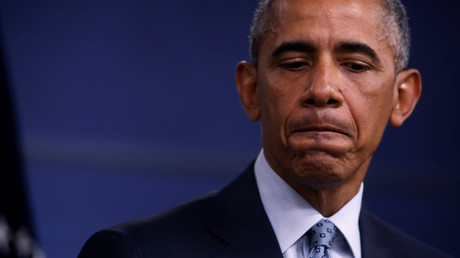 Major insurance companies like Aetna are focused on serving large customers, so catering to individuals in state health exchanges was never their main interest, Potter said.

“Aetna and United, those companies like Cigna, who I used to work for, and Humana, who I also used to work for, they work primarily with large customers, with self-insured customers,” he said. “That means their customers are actually doing the insuring, and Aetna and United and Cigna are primarily providing the services for these companies. They don’t like to take risks, and they have not a lot of experience in the individual market.”

Despite challenges like Aetna’s pullout, Potter said the Affordable Care Act has remained an improvement within the healthcare arena from previous years, if only for the amount of access to healthcare the law offers to those with pre-existing conditions who were legally denied care in the past.

“Before Obamacare, healthcare premiums were increasing at a much more rapid pace than they are now,” Potter said.

The average family health insurance premium has increased at a slower rate of growth under President Barack Obama’s administration as opposed to the administration of President George W. Bush, according to factcheck.org.